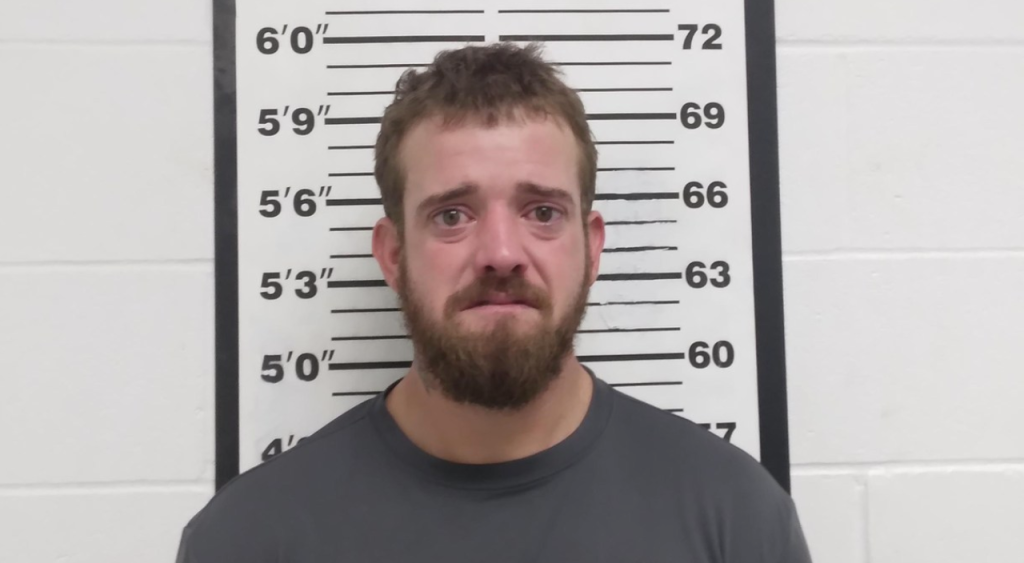 A last-minute Christmas Eve shoplifting spree turned into a felony drug arrest for one Mississippi man.

Police in Corinth report that on Saturday, Dec. 24,  at shortly after 2:30 p.m., officers were dispatched to the Corinth Tractor Supply Store regarding a shoplifter in the store.

Justin B. Brown was identified as the suspect and approached at the store.

The manager stated that Brown had shoplifted by exchanging his coat and boots for new items without paying for them.
While running Brown’s identification, officers discovered that Brown had another active warrant for shoplifting.
Brown was placed under arrest and during the search subsequent to the arrest, officers discovered that Brown had also concealed multiple other items that he was shoplifting. Brown was also found to be in possession of 7.9 grams of Methamphetamines.
Brown was then transported to the Alcorn County Jail where he was booked in for the existing warrant for shoplifting, and charged for shoplifting.
Brown was later charged for Felony Possession of a Controlled Substance (Methamphetamines) and the narcotics were processed and delivered to the State Crime Lab for confirmation testing.
The felony drug charge will be presented to an Alcorn County Grand Jury and the misdemeanor charges will be handled in Corinth Municipal Court.