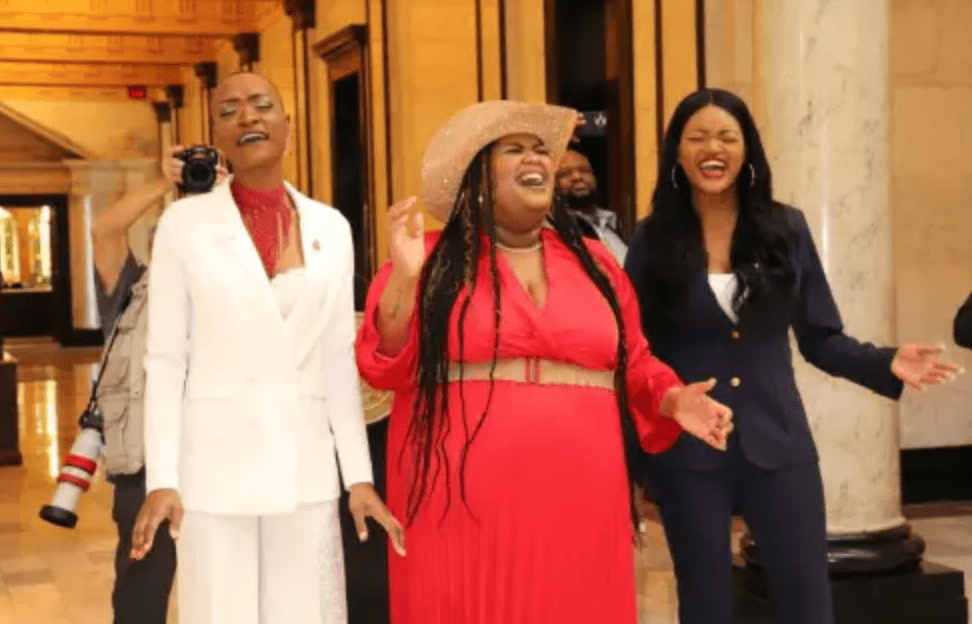 The country music trio Chapel Hart was honored by the Mississippi House of Representatives on Wednesday with House Resolution 2. HR 2, authored by Representative Jansen Owen (R – Poplarville), congratulates the singing group on their outstanding success and positive representation of Mississippi. After the presentation, Chapel Hart performed several songs for a packed Capitol Rotunda filled with legislators, staffers, lobbyists and visitors.

The trio consists of sisters Danica and Devynn Hart and first cousin Trea Swindle, who all hail from Poplarville. After being named to CMT’s Next Women of Country Class of 2021, Chapel Hart exploded on the country music scene with their “Group Golden Buzzer” performance of original song “You Can Have Him, Jolene” on America’s Got Talent in 2022. Following their run as finalists on AGT, the group made their debut at the Grand Ole Opry where they received four standing ovations. Chapel Hart kicks off their first headlining national tour later this month.