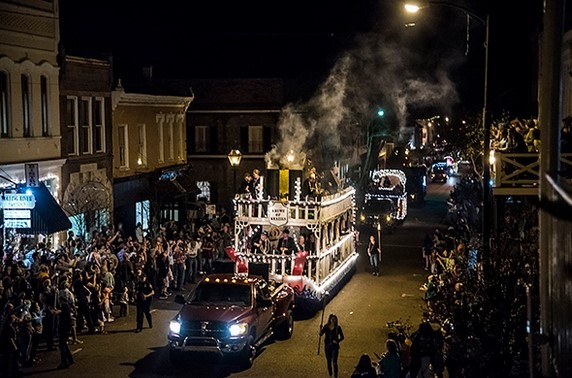 Ah, New Year’s resolutions: tighten the belt, cut back on sodas and desserts, spend some time at the gym… all things many people across America may be doing now. A lot of our Mississippi brethren and sisters may be, too, but the fast arrival of Carnival season certainly makes things difficult.

Long known as a Gulf Coast celebration, the popularity of Mardi Gras has spread across the Magnolia State over the years with balls and parades all over the state. One can even buy King cakes in the Delta.

The term “Mardi Gras” has grown to collectively mean the season between Christmas and Fat Tuesday for many people, these few weeks are “Carnival Season” when tracing back the roots. Although the reputation of wild parties and over-the-top celebrations are sometimes earned in some places, Carnival actually began as a religious celebration to mark the end of winter and welcome spring with its rejuvenation and new life. It all leads up to Mardi Gras, or Fat Tuesday in English, where the “luxuries” are depleted or put away for the season of Lent.

Another popular Carnival feature is the King cake, and one can certainly find a wide variety from “just cakes” to others stuffed with cream cheese and fruit or lots of other goodies. This incredible treat also has incredible religious symbolism. Eaten the entire season, the tradition dates back hundreds of years to mark Epiphany, the day in the Christian calendar to mark the arrival into Bethlehem of the Three Kings offering gifts to the Christ child. The plastic baby inside each King cake is a reminder of the birth of Jesus. The oval design of true King cakes represents the crown of a king. The deep religious symbolism honoring Christ is why “King” is capitalized.

To celebrate Carnival in Mississippi, there are dozens of events until Fat Tuesday. Some of the celebrations in Mississippi include:

Other parades and events will be announced over the next few days.