Mississippi Skies: Will today be a washout? 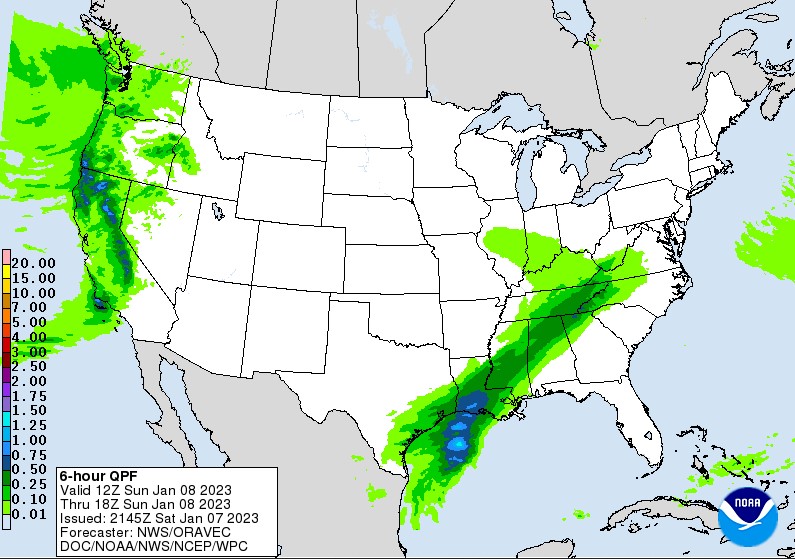 Much of Mississippi enjoyed a beautiful sunny Saturday. Today, rain that started in northern parts of the state earlier in the weekend is spreading southward. This week will have several chances of some rainy weather with some much colder weather by next weekend possible.

Mostly cloudy and breezy today with a high around 56. Patchy fog and partly cloudy tonight with a low near 34.

Showers and thunderstorms today and becoming mostly cloudy in the afternoon. Becoming breezy and mostly cloudy with a high in the lower 60s. Partly cloudy and clear tonight with a low near 36.

Rain and thunderstorms today before becoming mostly cloudy in the late afternoon. Breezy and warm with a high near 65. Tonight, 42 and mostly cloudy.

Fog early, then mostly cloudy. Rain and thunderstorms moving into the region in the morning. Breezy and a high of 69. Rain ending tonight with areas of fog possible. Low in the 40s.