How the cost of solar panels has fallen 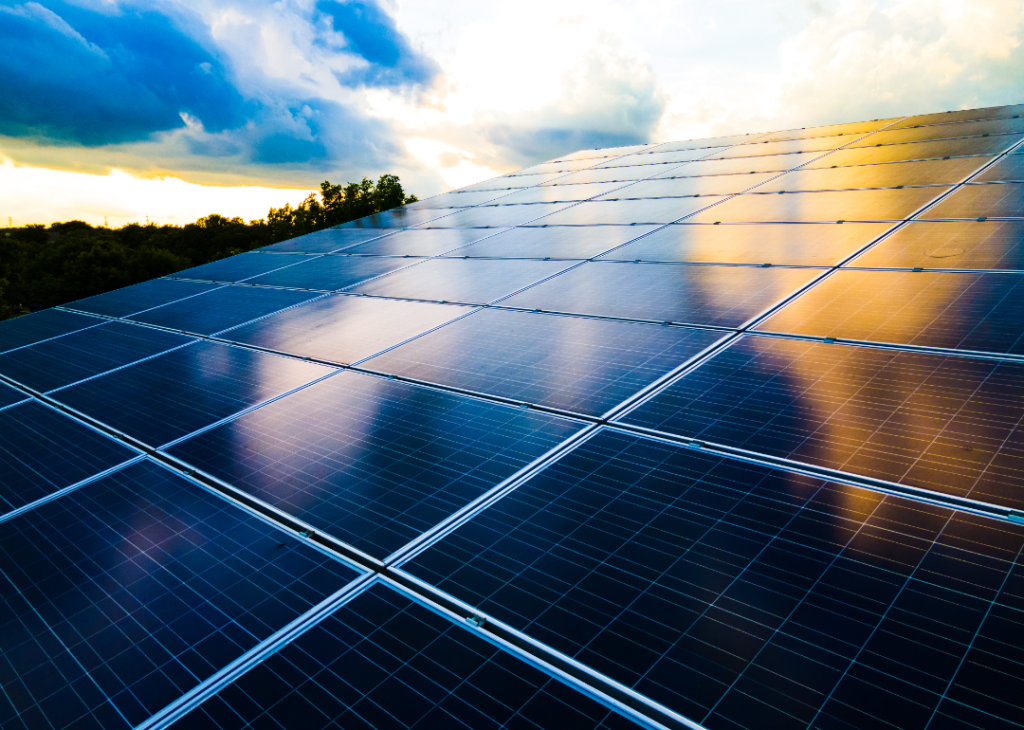 How the cost of solar panels has fallen

The energy the earth absorbs from the sun in just  hour is enough to power the planet for a year. Why, then, is the world not taking greater advantage of this renewable energy source?

Despite the detrimental environmental effects, fossil fuel infrastructure is well-established and difficult to phase out. On top of that, humans have only recently managed to harness the sun’s energy in a way that is also efficient, scalable, and relatively affordable. About 80% of the world’s energy still comes from fossil fuels like oil, coal, and natural gas.

Solar energy capacity in the United States is made up of large- and small-scale systems. Solar energy at utility scale—large facilities that generate at least 1 megawatt of power for the grid—represents the largest solar market in the U.S. The second largest market is residential, followed by commercial and community.

Rocket Solar cited data from the Energy Information Administration to look at how the cost of solar panels has fallen and what that means for electric power in the U.S.

At one time, solar-generated electricity was cost-prohibitive; however, it became increasingly attainable as its price decreased by about 90% between 2009 and 2019. One of the main reasons the costs have fallen so dramatically is that the photovoltaic solar panels became more efficient and less expensive. Similarly, as efforts to increase solar energy production have grown, the cost of necessary components has decreased. Private and government-funded research and development also played a key role in reducing solar costs.

Keep reading to discover how the cost of solar panels has fallen. 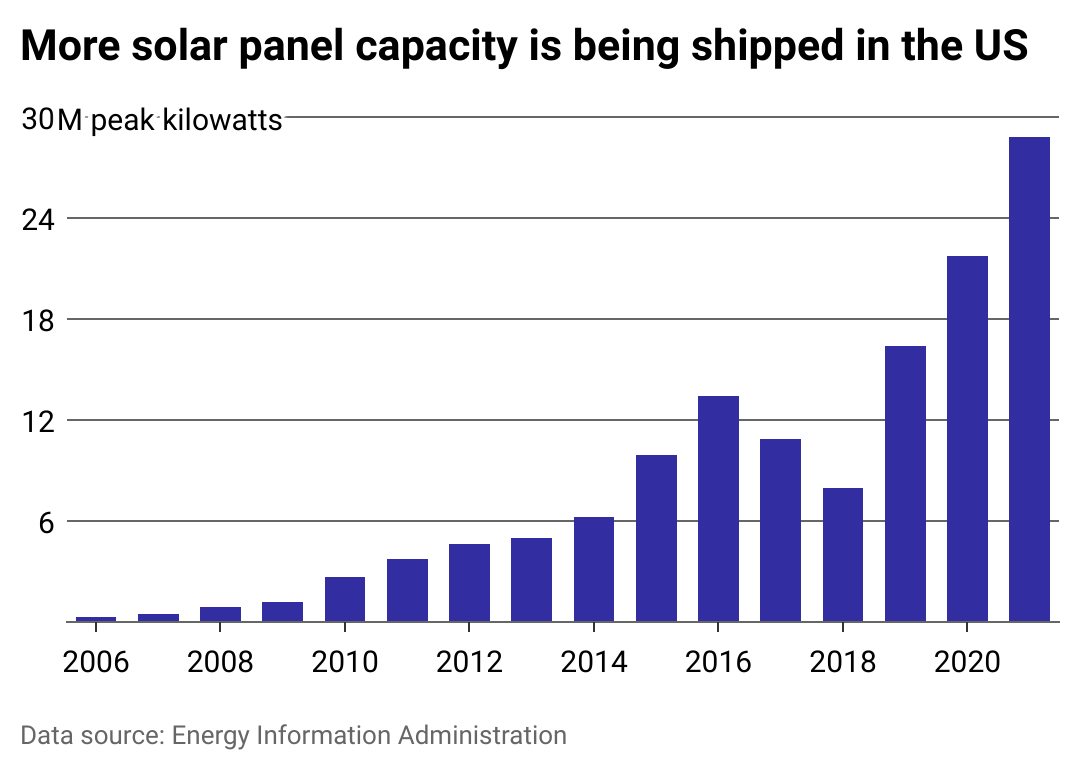 Solar panel shipments have grown significantly in the last 15 years

Solar panels shipped to the U.S., measured in electricity-generating capacity, rose to a record 28.8 million peak kilowatts in 2021, according to the EIA. This unprecedented high was achieved despite supply chain constraints and higher-than-usual material costs over the last several years.

About 80% of solar panels shipped in the U.S. were imported from Asia. California, Texas, Florida, Georgia, and Illinois accounted for roughly half of all received shipments in 2021. Utility-scale and residential solar installations have grown substantially year over year, up 25% and 34%, respectively. 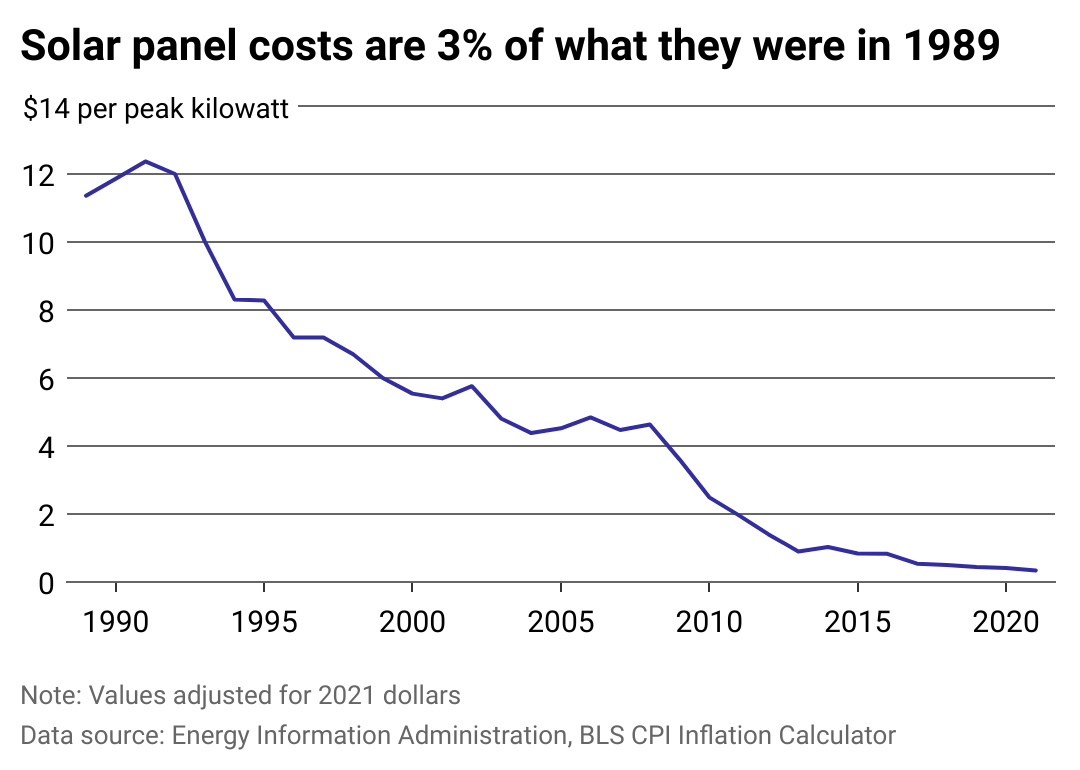 Lower prices have followed that growth

Today, solar panels are 94% cheaper than they were in 1989. As the production and energy-generating capacity of solar panels has improved over the last few decades, the cost has dropped significantly.

This is a quintessential example of economies of scale in manufacturing. Dating back even further to the mid-1970s, every time the global cumulative capacity of photovoltaic cells doubled, prices saw the same relative decline, according to cost and capacity data analyzed by Our World in Data. 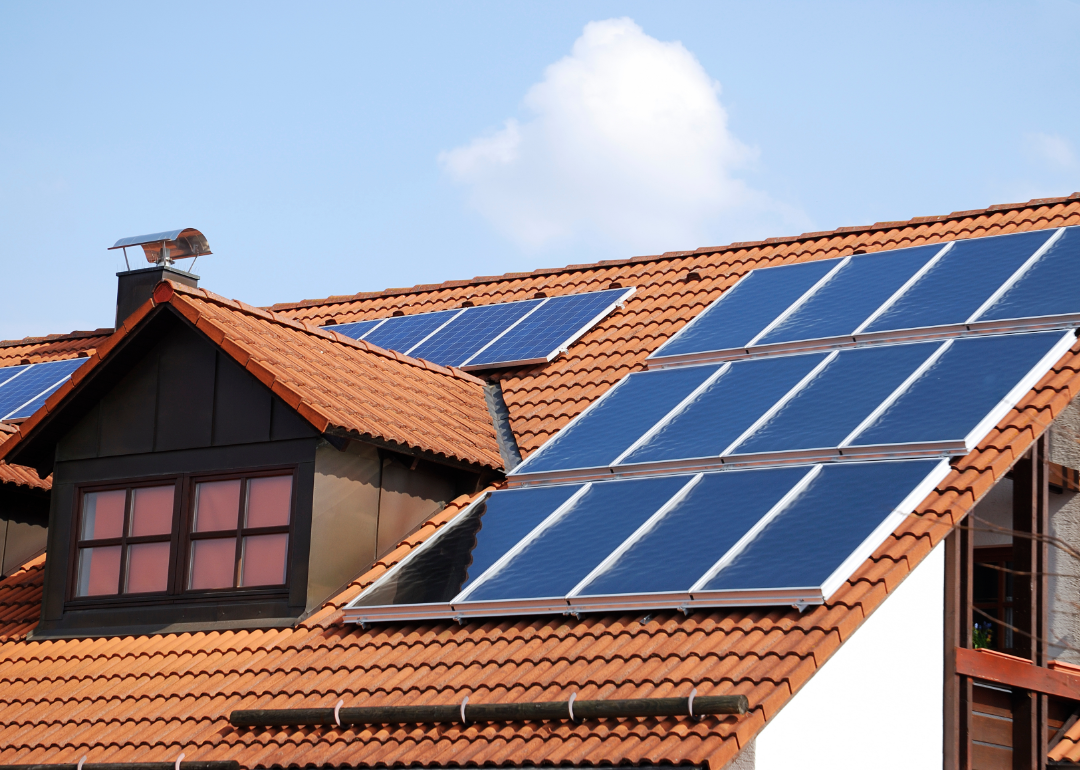 The efficiency and affordability of solar, combined with the skyrocketing costs of fossil fuels, have made solar a competitive electricity source on a large and small scale.

Roughly 50 years ago, solar technology was so expensive that it could only be used on satellites. Over the next 20 years, costs fell dramatically. In 1976, solar panels cost $106 per watt and had a capacity of 0.3 megawatts—enough to provide electricity for only 20 people annually—which was highly impractical.

Today, they cost less than 50 cents per watt with a capacity of more than 100,000 megawatts. While solar energy has become more affordable, global events over the last several years have created huge volatility in the crude oil market, driving up the cost of energy derived from fossil fuels.

This story originally appeared on Rocket Solar and was produced and
distributed in partnership with Stacker Studio.