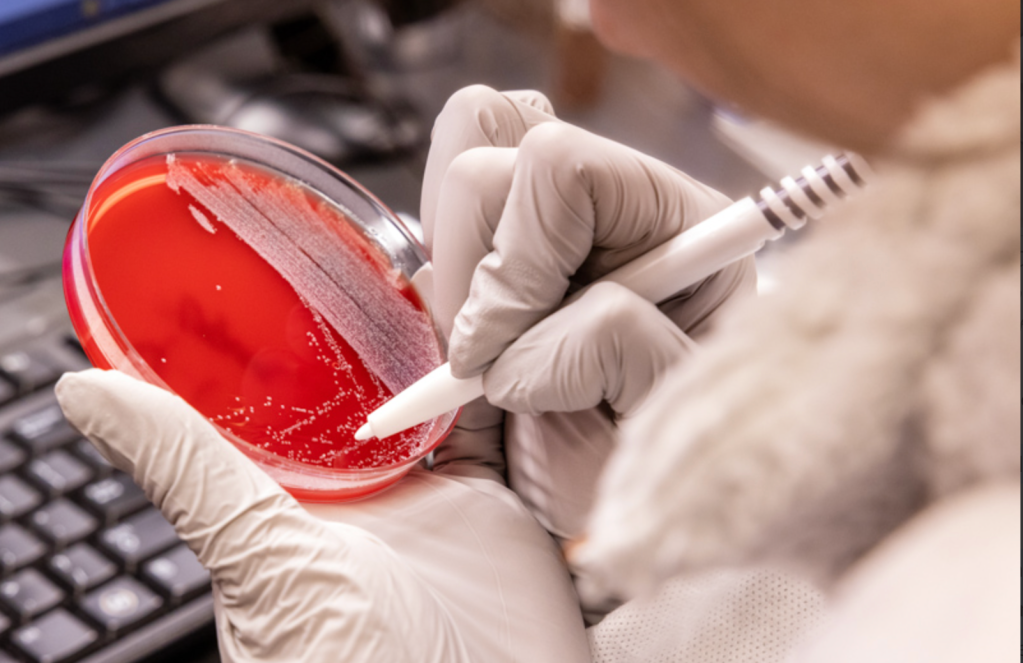 The Mississippi State Department of Health is reporting a deadly fungus has been found at a central Mississippi long-term care facility. Two people in Mississippi have died.

Candida Auris (C. Auris) primarily affects people already being treated for multiple serious or chronic health conditions, often spreading in a hospital or long-term care facility. It’s resistant to multiple antifungal drugs, and some strains are resistant to all three available classes of antifungals, the Centers for Disease Control and Prevention says.

C. auris is easily transmissible, both on surfaces and person-to-person, and especially in congregate settings such as long-term care facilities. It can even be carried on someone’s skin without causing that person to be infected or have symptoms, but still allowing the spread to others, the CDC says.

“The public needs to be aware that we are seeing this fungus. This is the first time we’ve had a locally acquired case in Mississippi,” said Dr. Bhagyashri Navalkele, an associate professor in the University of Mississippi Medical Center Division of Infectious Diseases.

The ongoing outbreak in central Mississippi “is a serious and developing situation,” the Mississippi State Department of Health said in a Dec. 23 advisory to health care providers through its MS Health Alert Network, or HAN. “All healthcare facilities should prepare now to ensure transmission of C. auris is contained.”

The fungus in Mississippi is believed to have been locally acquired at a specific long-term, acute care facility; MSDH didn’t identify the facility in its advisory, but said its investigation is ongoing and could involve additional facilities.

C. auris, which first began spreading in the United States in 2015, is an emerging global health threat, the CDC says. “It can cause severe infection and death in about 60 percent of patients,” said Navalkele, UMMC’s medical director of infection prevention.

The fungus can enter the bloodstream and spread throughout the body, causing serious invasive infections. Symptoms of the fungus are flu-like and include fever and chills. Those symptoms are common to other infections, sometimes making C. auris difficult to confirm without testing.

As of Dec. 23, three cases of the infection, including two deaths, and at least 19 cases of C. auris colonization, had been identified among residents of the unnamed facility, MSDH says.

“Colonization” refers to the presence of microorganisms that can cause infection, but not to the infection itself. A person can be colonized with C. auris, and have no symptoms of infection – but even so, are contagious, Navalkele said.

Kayla Miller, a registered medical technologist in UMMC’s micro lab, uses sophisticated equipment to determine whether cultures contain microorganisms that can cause a wide range of infections.
“Colonization means you could be a silent carrier of the fungus, and it can be an active infection later on,” Navalkele said. “If you are identified as colonized, you need to make sure that your health care team knows about this so that they can immediately start isolation precautions and initiate appropriate treatment when infection is suspected.”

“Because C. auris can colonize patients for many months, persist in the environment, and withstand some commonly used health care facility disinfectants, it can spread easily and cause outbreaks in health care facilities,” MSDH says in the advisory.

Prevention and diagnosis are imperative because the fungus can be so difficult to treat, Navalkele said. “If you’ve had a recent stay at a health care facility, nursing home or long-term care facility, have lines and tubes in place, have underlying health conditions and have now developed an infection, you should immediately see a provider and get worked up to make sure it’s not this fungus,” she said.

If a family member has C. auris, she said, take preventive measures around them, such as bleach-cleaning surfaces in the home. “Wash hands before and after caring for them and touching any medical devices,” she said. “When visiting a family member in a health care setting, be 100 percent compliant in wearing personal protective equipment – gowns and gloves – so that you don’t take the fungus or other antibiotic-resistant infections back home and across the community.”

The fungus “likes to stick to surfaces and can stay there for months if it’s not cleaned,” Navalkele said. “At UMMC, we are doing everything possible to make sure that no harm occurs.”

That also includes frequent hand-washing by front-line staff, including before entering and after exiting a patient’s room; isolation of infected and colonized patients; sanitizing rooms, equipment and surfaces; and use of full protective garb when in the presence of a patient, she said.

Family members who are healthy probably have a low chance of C. auris infection, the CDC says. There is no recommendation for family members who have had frequent contact with the infected patient to get tested, Navalkele said. “Even if you test negative, it’s possible that you are exposed and colonized.”

“If you think you have the infection, follow the same steps as when you get sick. If you have chills, fever or signs of infection, call your provider,” she said. “And if you’ve been exposed to someone who is known to carry the fungus, let the provider know so that they can make a proper treatment plan.”