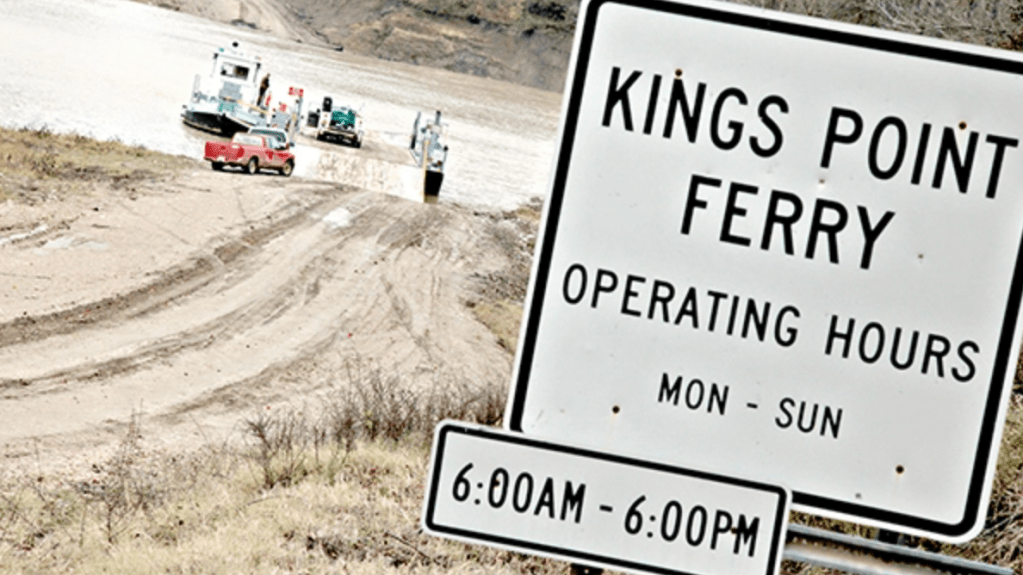 A Warren County vehicle took a dip this morning — literally — when it fell off of the Kings Point Ferry and was left submerged in the Yazoo River.

“The driver, Johnny Lee Wright, 59 years old, was able to swim to the ferry after freeing himself, and the truck floated downstream for a short distance before sinking to the bottom of the river,” Pace said, estimating the depth of the water where the truck sank to be between 35 and 40 feet.

Board of Supervisors President Kelle Barfield said after the incident that she was grateful a tragedy was avoided.

“One of our road department employees was using the ferry to go to Kings Point and do some road maintenance. The truck ended up rolling off the barge and into the river,” Barfield said. “The driver is absolutely fine.”

The truck, a 2012 Dodge Ram, will be removed from the river, Barfield said, adding that the county is working with the United States Coast Guard to investigate the cause of the accident. It is unclear whether the vehicle was left in gear, a parking brake was not engaged or there was an equipment malfunction of some kind.

“A crew from Big River Shipbuilders has a recovery team on-site,” Pace said. “They’re going to send divers down to affix cables to the truck and they’re going to put it on a recovery barge and bring it back to the landing.”

“Where it sank did not pose a navigational hazard to commercial vessels on the Yazoo River,” Pace said.

This marks the second issue with a vehicle on the Kings Point Ferry in the last month. An incident was reported on Dec. 9 in which the driver of a private vehicle boarded the ferry, exited his vehicle while on the ferry and either lost his keys or locked them in the vehicle.

A spare set of keys was brought to the landing and the vehicle was moved off of the ferry without further incident.