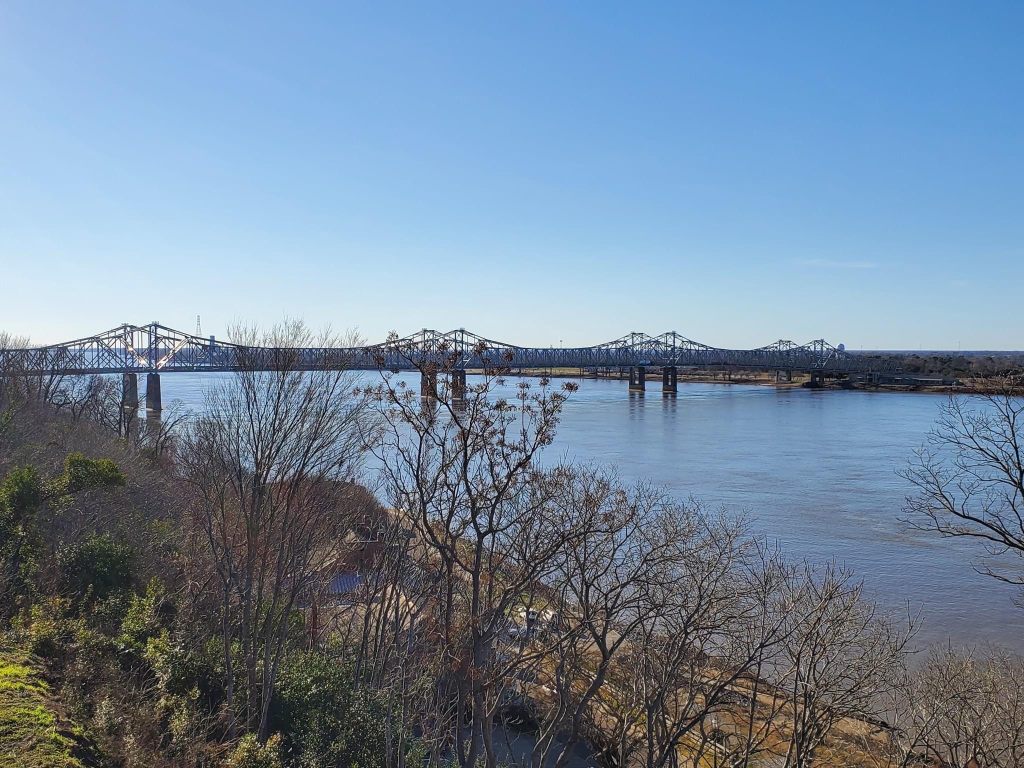 The Mississippi River Bridge at Natchez

Today will give most Mississippians a taste of spring before storms move in across the state Thursday. There will be a mixture of clouds with some light drizzle in places, fog, and sunshine. Things could get bumpy in some parts of the state tomorrow, but widespread severe weather as in previous systems isn’t expected to cause as many problems. Enjoy your Wednesday!

Clouds and drizzle early, then becoming partly sunny with a high of 71. Widespread showers tonight and dropping to the lower 60s.

Scattered sprinkles or a light shower and mostly cloudy with highs around 73. Mostly cloudy tonight with a low of 59. A chance of a few showers late.

A few sprinkles and mostly cloudy today with a high near 75. Cloudy tonight with a chance of rain overnight. Low of 63.

Patchy fog early, then becoming partly sunny with a high of 75. Mostly cloudy tonight with a slight breeze and a low of 62.