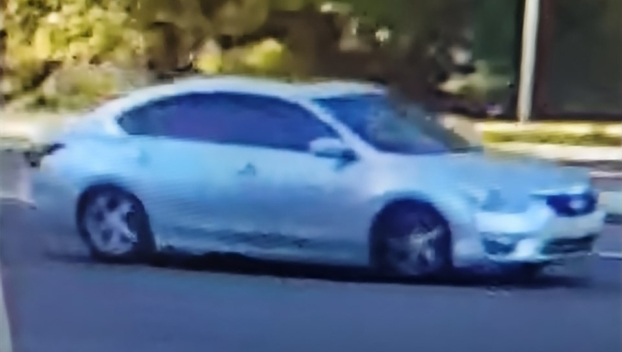 Mississippi authorities are seeking help in identifying the driver and two passengers of a car that was involved in a road rage incident.

The Mississippi Gulf Coast Crime Stoppers report that the Jackson County Sheriff’s Department is seeking information in hopes of identifying the black
male driver, a black female passenger, and an unknown backseat occupant of the silver, Nissan Altima (possibly 2013, or newer).

The organization posted pictures of the vehicle that was reportedly involved in the incident.

Investigators say the male driver is accused of firing multiple shots from an unknown caliber gun, at an 18-wheeler truck and striking the rear and passenger side of the semi, in a road rage incident. This occurred on Old Fort Bayou Road, in the St. Martin/Vancleave community of Jackson County.