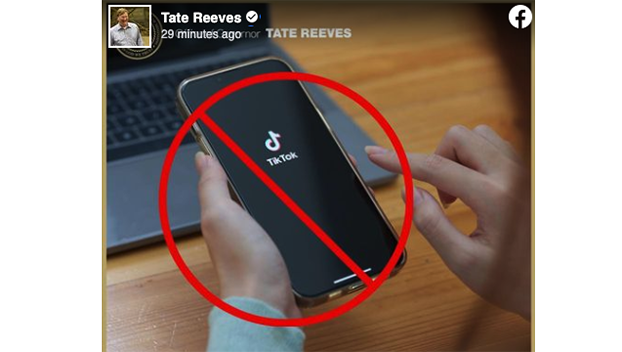 Mississippi Gov. Tate Reeves issued a directive banning Tik Tok from all state-issued devices and the state’s network. Reeves said the directive was issued to all Mississippi departments and agencies.

The governor made the announcement on Wednesday afternoon.

“It’s no secret that the Chinese Communist Party is actively trying to steal U.S. intellectual property and Americans’ personal information. It’s a major threat to our national security and critical infrastructure, costs the U.S. economy hundreds of billions annually, and jeopardizes American jobs,” said Governor Tate Reeves. “Mississippi isn’t going to sit around waiting for the Chinese Communist Party to steal our state government data, and that’s why I issued this directive. It will help us better protect our state’s sensitive information and critical infrastructure.”