‘I hear a baby crying’ – chilling video from Selma, Alabama, after being hit by tornado 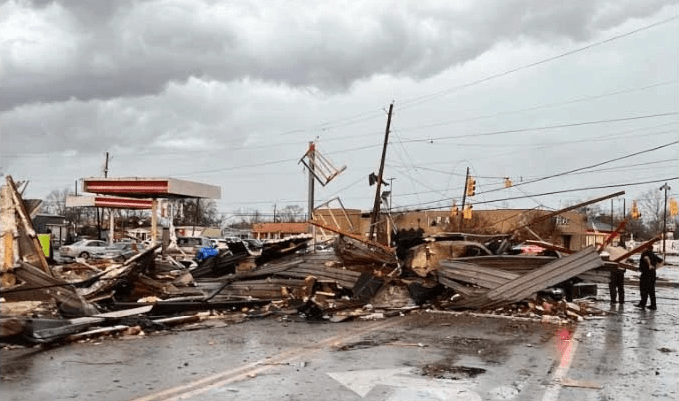 A tornado hit Selma, Alabama, on Thursday afternoon, but the extent of potential damage was not immediately known.

The Selma Mayor’s office issued a statement about the storm’s impact.

“Selma has received significant damage from the tornado. Citizens please refrain from traveling the roadways and stay away from down power lines. City crews will be out as soon as practical to clean up. In the meantime, stay safe and continue to report your damages through 911.”

Electrical power was knocked out for more than half of all customers in Dallas County, which includes Selma, the website PowerOutage.us reported early Thursday afternoon.

An audio of a video being shared on social media provides a chilling account of the unknown aftermath of a tornado that struck Selma, Alabama, Thursday.

The video, shared by Alabama meteorologist James Spann is credited to Krishun Moore.

The video appears to show the aftermath of the tornado. Debris is visible as the camera pans around at the scene outside a residence.

But the audios is what’s chilling.

“Yeah, I hear a baby crying, too. She said that’s what she heard, that baby crying,” another voice is hear.

In the background, seemingly in the distance, another voice is heard crying out to potential victims.