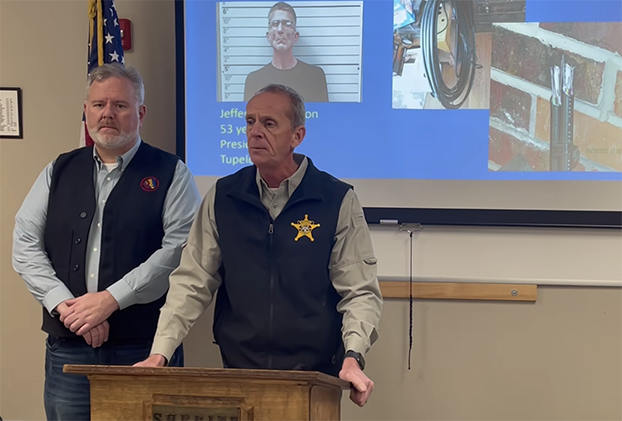 A Mississippi man has been arrested in connection with the theft of fiber optic cable that resulted in thousands of dollars in damage and the interruption of service to thousands of customers.

Officials with the Lee County Sheriff’s Department report that Jeffrey D. Anderson, 53, of Tupelo, has been charged in the case.

At a press conference Friday, Lee County Sheriff Jim Johnson reported that Anderson will be charged with two counts of Felony Malicious Mischief and that other charges may be added.

On January 10, 2023, deputies received a report that a large portion of fiber optic cable had been stolen in the Mooreville area.

The cable owned and maintained by Tombigbee Fiber serves about 3,000 customers in eastern and southern Lee County. Johnson said that the damage from the theft is estimated to be worth $20,000.

Anderson is also being investigated for the theft of copper wiring at an old Mooreville truck stop.

Johnson said thanks to tips from the public, the officers were able to quickly identify a suspect and make the arrest.

Through a search warrant, deputies have been able to the fiber optic lines as well as the copper wiring.