Mississippi Senate proposes up to $80 million to boost medical care 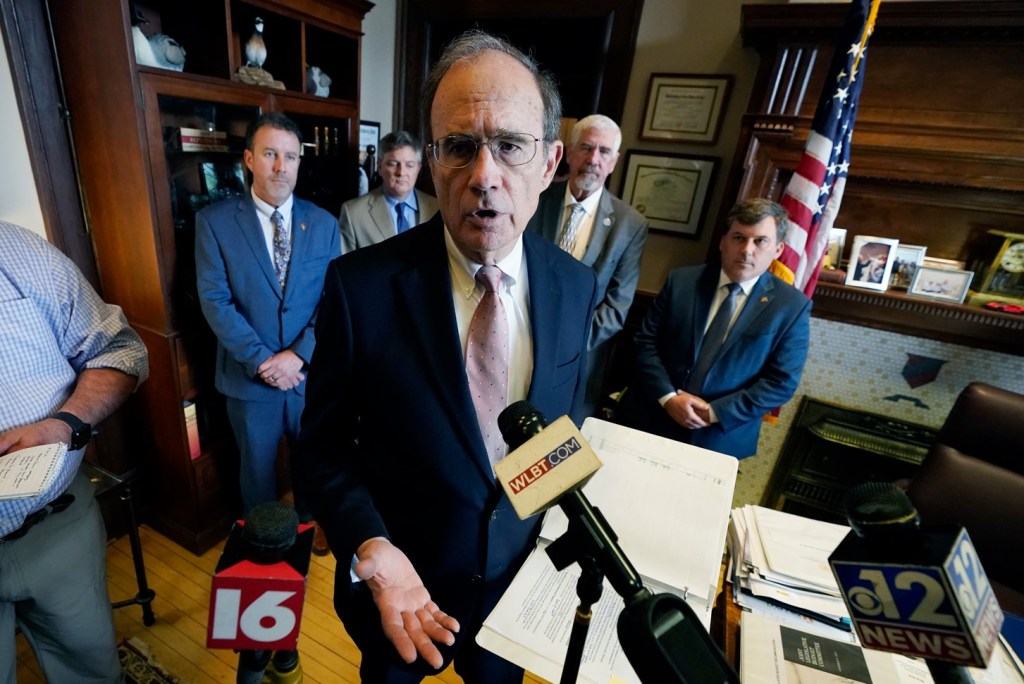 Mississippi Lt. Gov. Delbert Hosemann, a Republican, is backed by some senators as he discusses health care legislation during a news conference in his office at the state Capitol in Jackson, on Wednesday, Jan. 18, 2023. (AP Photo/Rogelio V. Solis)

The state health officer, Dr. Dan Edney, told legislators in November that 54% of Mississippi’s rural hospitals are at risk of closing. Mississippi has a large number of uninsured residents, and health care facilities have faced rising expenses during the COVID-19 pandemic.

“There needs to be significant, positive changes in order to provide our citizens with the necessary rural health (care),” Hosemann said.

The rural, impoverished Delta has lost population over the past several years, and some hospitals in that area have been curtailing services and cutting jobs.

Hosemann unveiled four proposals during a news conference, including Senate Bill 2372, which would create the hospital grant program. Hospitals that receive money would have to submit information about how many patients they have and what kinds of medical services they offer — data that the state could use in planning for the health care industry in the state.

Senate Bill 2373 would create program to forgive up to $18,000 in student loans for any person who becomes a nurse and works in Mississippi.

Senate Bill 2371 would create about $20 million in grants to community colleges for nursing and allied health programs. The bill also proposes $5 million to let more hospitals have residency programs for physicians — a move that Hosemann said would encourage those physicians to remain in the communities where they trained.

Hosemann said the Division of Medicaid is expected to seek federal permission to increase payments for some medical services, but that request does not require action from the Legislature.

Hosemann also said Wednesday that he will not push to expand Medicaid coverage to people in low-paying jobs that don’t provide private insurance — a position that puts him in line with other Republican leaders, including Gov. Tate Reeves and House Speaker Philip Gunn.

Medicaid expansion is allowed under the health care overhaul that former President Barack Obama signed into law in 2010, with the federal government covering most of the cost. Mississippi is among the 11 states that have not authorized the expansion.

The lieutenant governor reiterated one position that puts him at odds with the speaker, though. Hosemann said he still wants Mississippi to extend Medicaid coverage from 60 days to a full year after childbirth. Senators voted last year to extend the postpartum coverage, but the proposal failed in the House amid opposition from Gunn.

“We won the pro-life case and now we don’t want to take care of our moms? I can’t understand how you are able to make that kind of argument,” Hosemann said Wednesday.

Gunn has said this year that he would support extending postpartum Medicaid coverage in Mississippi only if the state Division of Medicaid comes out in support of the extension. The program’s leaders have not taken a position on the issue.