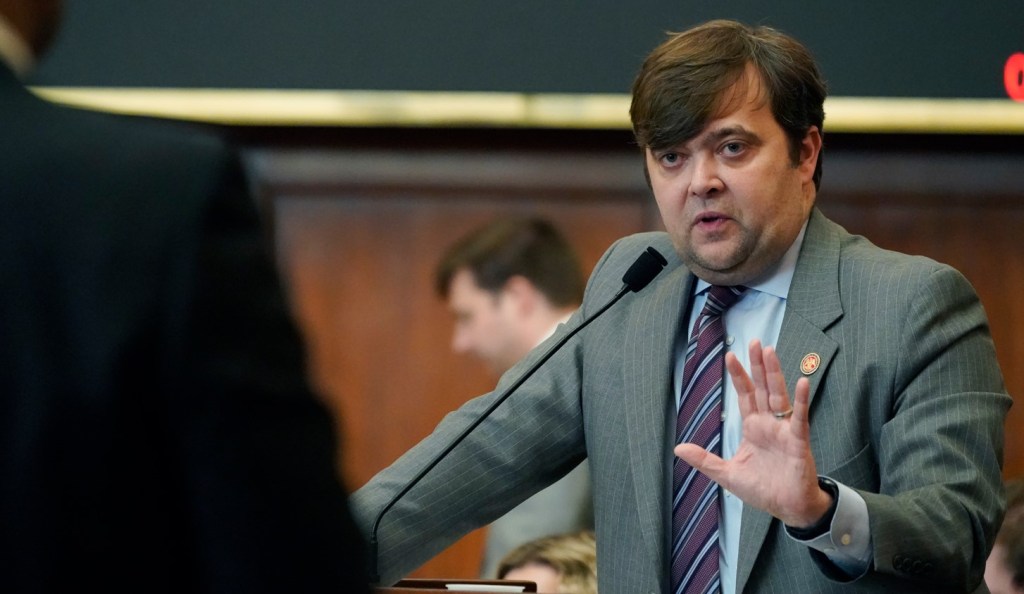 The Republican-controlled Mississippi House voted Thursday to ban gender-confirming care for minors, joining about a dozen other conservative states in trying to restrict health care access for young transgender people.

Republican Rep. Nick Bain said in response to Democrats’ questions during a debate that he knows no examples of such surgeries being done on people younger than 18 in Mississippi.

Bain, of Corinth, said some young transgender people have received hormone treatments in the state, but he did not know how many. He said the bill was filed because “there is a presence and a threat” of young people receiving medical procedures to transition from the gender they were assigned at birth.

“To me, it sounds like a solution in search of a problem,” said Democratic Rep. Bryant Clark of Pickens.

The vote to pass the bill was 78-28. All opposition came from Democrats, although some Democrats and one independent did not vote. The bill will move to the Republican-controlled Senate.

In 2021, Republican Gov. Tate Reeves signed a law to ban transgender athletes from competing in girls’ or women’s sports.

The World Professional Association for Transgender Health said last year that hormones could be started at age 14, two years earlier than the group’s previous advice, and some surgeries done at age 15 or 17, a year or so earlier than previous guidance. The group acknowledged potential risks but said it is unethical and harmful to withhold early treatment.

Bain said he thinks Mississippi should restrict hormones or surgeries for young transgender people because some of them might regret the treatment when they are older.

Several Democrats said during the debate Thursday that Mississippi legislators should focus on solving large problems such as helping hospitals survive financial difficulties.

“We have children in this state that are living in extreme poverty,” said Democratic Rep. Zakiya Summers of Jackson. “What are we doing about that?”

The Mississippi bill to limit gender-affirming health care for young transgender people is similar to one being considered this year in South Dakota. Proposals in both states would leave physicians at risk of losing their medical licenses or being sued.

Among the other states considering legislation affecting transgender people are West Virginia and Utah, which also seek to limit medical options that physicians could provide to young transgender people. Virginia has a bill that would require officials to notify parents if their child identifies as transgender in school.

A federal appeals court blocked an Arkansas law last year that would prohibit doctors from providing gender-affirming hormone treatment, puberty blockers or surgery to anyone younger than 18. The law also would prevent doctors from referring patients elsewhere for such care.