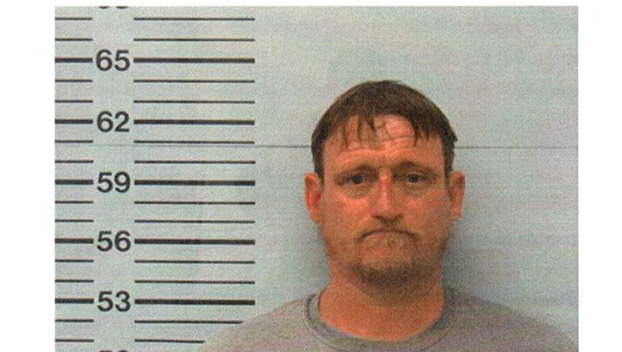 A man was taken into custody after a concealed weapon fell to the ground during a struggle with a Mississippi deputy, who was trying to pat the suspect down during a traffic stop.

Jerami Tubbs was charged with speeding, no turn signal, disorderly conduct, resisting arrest, possession of a schedule II (methamphetamine) with intent to distribute while in possession of a firearm by the Lafayette County Sheriff’s Department.

On Wednesday, January 18, 2023, a plain clothes deputy with the sheriff’s department made a traffic stop, on a subject driving a Gold Wing motorcycle, for a traffic violation inside the city limits of Oxford. During the stop, the deputy was joined by a backup officer with Oxford Police Department.

The suspect, identified as Tubbs, was known from previous interactions with the deputy to be a convicted felon and carry weapons.

Based on that information and for everyone’s safety, Tubbs was told that he would be patted down before continuing.

The suspect refused, becoming argumentative and acting very out of character from past experiences. He then pushed the deputy and attempted to run. The deputy grabbed the suspect, who was still wearing his protective helmet, and they both fell to the ground.

During a brief struggle, a concealed firearm fell from Tubbs’s waist onto the ground beside them. The brief struggle, between the deputy and Tubbs, continued until the officers were able to gain control and place him in handcuffs.

A search of Tubbs’s motorcycle revealed what is believed to be a large quantity of methamphetamine.

Jerami Tubbs has been charged with speeding, no turn signal, disorderly conduct, resisting arrest, possession of a schedule II (methamphetamine) with intent to distribute while in possession of a firearm.

“We are thankful the officers nor Tubbs were injured during the arrest,” the Lafayette County Sheriff’s Department said in a news release.