Some church attendance recovering from Covid-19 in Mississippi community 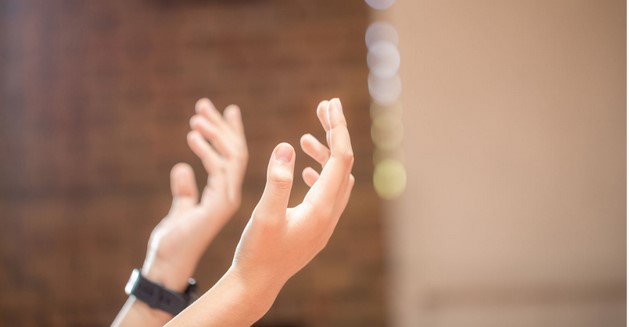 When the COVID-19 pandemic hit the United States in 2020, it forced people, businesses, and organizations to radically change the way they conducted business and other activities.

The virus created a new challenge for area churches as pastors and other church officials examined creative ways to continue to meet the spiritual needs of each faith community as the effects and fear of COVID forced members of congregations to stay home from services and the virus forced churches to close, with many churches turning to the Internet to reach parishioners.

Churches slowly started to reopen in 2021, but the congregations were slow to return to in-person services. Now, more than two years after the pandemic has run its course, churches are holding services without the precautions that at one time were a necessity as activities slowly return to a pre-COVID atmosphere.

But have the congregations returned to pre-COVID attendance and what do some pastors believe may be the reason for the low attendance? Some local pastors gave their thoughts.

Vincent added that he believes the action that helped get people back to the Mass was the decision by Bishop Joseph Kopacz of the Catholic Diocese of Jackson in the fall of 2021 to lift the dispensation from attending Mass at the start of the pandemic in 2020.

One mark of a return to normal, he said, is Christ Episcopal’s Shrove Tuesday pancake supper, which will be held in February for the first time since COVID hit.

Godfrey said he believes one reason some people have not returned to church is they may have lost the habit of attending services during the pandemic when churches were closed.

The Rev. Kevin Bradley, the pastor of Crawford Street United Methodist Church, said there has been a steady rise in attendance, not just in worship but in other church activities as well.

“We’re still averaging attendance below pre-pandemic numbers, which I think is pretty common for most folks,” he said.

Bradley believes the lingering concern for COVID and being close to people may affect why some people may not wish to return to church.

And there may be another reason.

“I think there’s also the distinct possibility that folks have gotten out of the practice of regular worship attendance,” he said. “In a pandemic world that we lived in, there were a lot of ways to access worship services online through live-streaming and we’re certainly continuing to do that for folks who are uncomfortable about coming.

“We’re certainly being encouraging for folks to come back to be together in person in the community of faith but also making a lot of efforts with youth programs, children’s programming, and doing some things with them,” he added. “And we’re beginning to focus on small groups with adults in addition to being invitational to bring folks back.”

Before the pandemic, said the Rev. Elisabeth Malphurs, rector of St. Alban’s Episcopal Church in Bovina, the average in-person Sunday church attendance was 65 people. In 2022, that average dropped to 50.

And because St. Alban’s is live-streaming its services, Malphurs said, it’s hard to determine exactly how many people are actually involved in the Sunday services.

“There’s still no agreed-upon way to count those online viewers,” she said.

“I think for us, we’re already a slightly older congregation and some people became unable to leave their homes because of age and disability,” she said. “For us, we have the live stream because for some folks it’s not going to be possible to get over to church.”

And there are distractions that were already going on before the pandemic.

“Children’s sports organizations schedule games on Sunday morning and the world presents families with other options than church on Sunday and that was happening before the pandemic; it just accelerated,” Malphurs said.

She also said the live stream services are watched at later times by some members of the congregation.

“The feedback I hear is even my younger folks who might have a children’s game on Sunday will say they’ll listen to it later in the week,” she said. “We’re recognizing that Sunday morning is not a sacrosanct time like it used to be in the life of the church and that people need some flexibility to join when they can.”