‘If the ride is more fly, then you must buy’: Snoop Dogg turns Mississippi car into ‘fly wheels’ 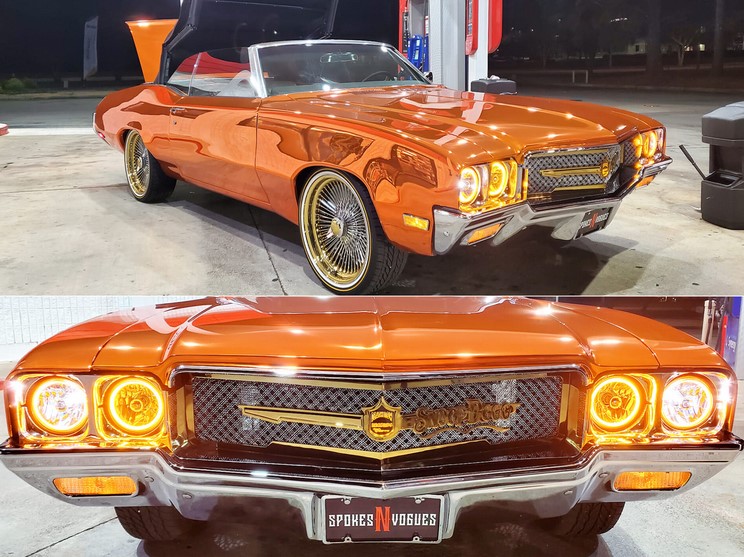 Hip hop artist Snoop Dogg ‘fo shizzle’ loves his vehicles. From a vintage Cadillac to a modern Tesla, he is reported to have nearly a dozen various types of cars. As he’s known for saying, “If the ride is more fly, then you must buy” when it comes to cars, it’s no surprise that a vintage 1970 Buick Skylark in Gulfport caught his eye. It wasn’t too long before that Mississippi Gulf Coast classic would be heading to the home of one of the world’s most famous hip hop singers, but first it needed a detour.

“Snoop reached out to me because he heard about that car in Mississippi,” Lee Adams with Spokes-N-Vogues explained. “His family are all from Mississippi. This whole thing is reaching out to the deep southern states.”

“I brought out the old school car for this video,” Snoop Dogg said. “Not the Riviera, but the ‘Tiarra.’”

Adams is well known for customizing vehicles from the shop near Huntsville, Alabama. He frequently receives unique requests from customers, but this time was different.

“It’s not like any other build you’ll see,” he said. “It was just for him. The orange was specifically made for this car.”

Adams and crew handle the design and specifics while Blair Barnes helps with wraps for vehicles.

“Our part began when Snoop sent Lee a DM on Instagram after seeing his personal fleet,” Barnes said. “Lee contacted us about this project because we are his primary wrap installer. Lee has been on the custom car scene for several years now. This was an amazing opportunity so of course we were excited to be a part of it.”

Adams explained the entire process took about a year and four months. Not only did the car need a customized chrome wrap, it also needed some mechanical and interior work. Regardless of the work required, it was a once-in-a-lifetime project.

“The wrap was fun, exciting, and challenging,” Barnes said. “Chrome is not the easiest material to work with, but it makes the car pop.”