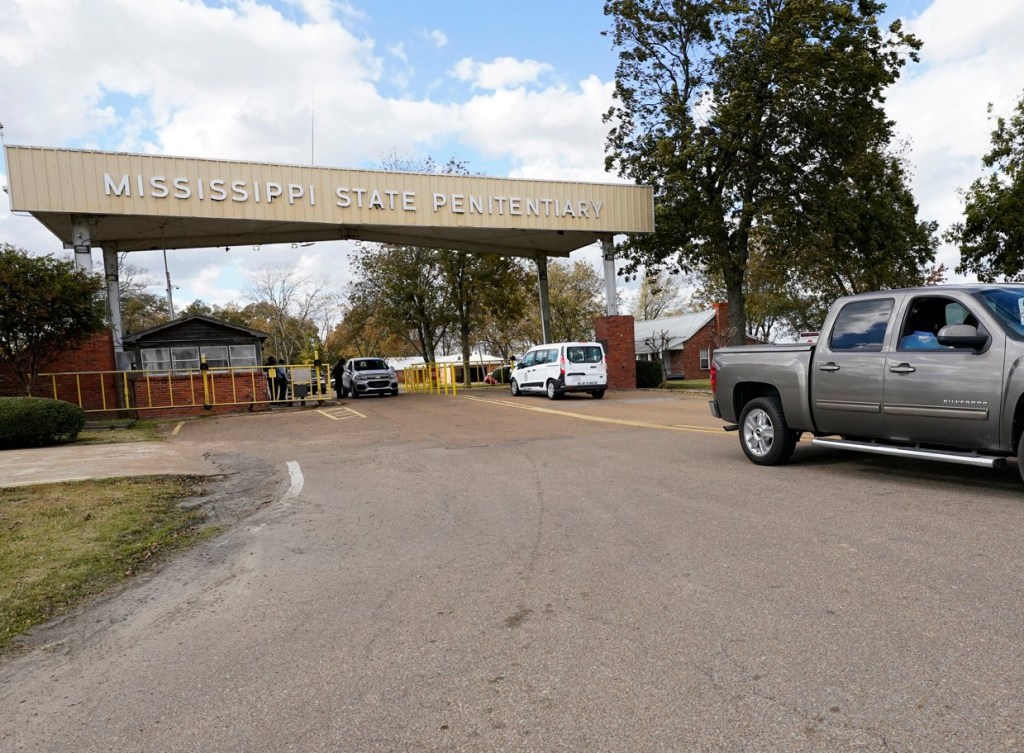 Traffic leaves the front gate to the Mississippi State Penitentiary in Parchman, Miss., Nov. 17, 2021. In January 2023, lawsuits that challenged shoddy living conditions at the prison were dismissed after attorneys said improvements have been made there since 2020. The changes include installation of air conditioning in most of the prison and updates to the electrical, water and sewer systems. (AP Photo/Rogelio V. Solis, File)

Attorneys hired by Jay-Z and other entertainers have ended two lawsuits they filed on behalf of Mississippi inmates in 2020 over what they said were squalid living conditions at the state’s oldest prison — a facility that came under Justice Department scrutiny after outbursts of deadly violence by inmates.

Even before the violence at the Mississippi State Penitentiary at Parchman in late 2019 and early 2020, state health inspectors had found repeated problems with broken toilets and moldy showers. Inmates said some cell doors did not lock, and it was common to see rats and roaches.

The lawsuits were dismissed Jan. 13 after the inmates’ attorneys and the state Department of Corrections said improvements have been made during the past three years, including installing air conditioning in most of the prison, renovating some bathrooms and updating the electrical, water and sewer systems.

In April, the U.S. Justice Department issued a report that said Parchman had violated inmates’ constitutional rights. The department said the prison failed to protect inmates from violence, meet their mental health needs or take adequate steps for suicide prevention, and that the prison had relied too much on prolonged solitary confinement.

U.S. District Judge Sharion Aycock in northern Mississippi filed the order this month dismissing the lawsuits that were funded by Jay-Z; rapper Yo Gotti; and Team Roc, the philanthropic arm of Jay-Z’s Roc Nation. In a court filing, attorneys for the plaintiffs and for the defendants in the Mississippi Department of Corrections agreed that nobody involved in the lawsuits admitted liability or responsibility to anyone else in the suits.

“We’re pleased that Parchman has started to address the cruel and inhumane prison conditions after the Department of Justice’s investigation, but we aren’t satisfied with short-term improvements,” Mario Mims, who goes by the stage name Yo Gotti, said in a statement Monday. “The Mississippi Department of Corrections has neglected these torturous living conditions for decades, so we will continue to hold them accountable and ensure they commit to creating long-lasting change that safely protects their incarcerated population.”

One lawsuit was filed in January 2020 and the other was filed a month later. They two were eventually merged. The second suit said Parchman was a violent, rat-infested place where inmates lived in “abhorrent conditions” and their medical needs were routinely ignored.

Burl Cain, a former Louisiana prison warden, became commissioner of the Mississippi Department of Corrections in May 2020 and vowed to improve conditions at Parchman. Since then, the department has moved some inmates to other prisons. Parchman had more than 3,200 inmates in December 2019; it has about 2,450 this month.

“The Mississippi Department of Corrections appreciates the tremendous responsibility of housing individuals sentenced to our care, custody and control and has always been committed to continuously improving the living conditions of the individuals housed in all of our correctional facilities, including the Mississippi State Penitentiary at Parchman,” Courtney Cockrell, an attorney for the department, said in a statement Monday. “Accordingly, we have and will continue to make diligent efforts to improve the quality of life for all individuals in the custody of the MDOC and provide them with opportunities to successfully return to their communities.”

Violence has been a longstanding problem in Mississippi prisons, where many jobs for guards have gone unfilled. Officials with the state Department of Corrections have said for years that it is difficult to find people to work as guards because of low pay, long hours and dangerous conditions. The state increased pay during the past two years.

Parchman was founded in 1901 on the site of a former plantation. For decades, inmates worked in a farming operation that critics said was akin to slavery.