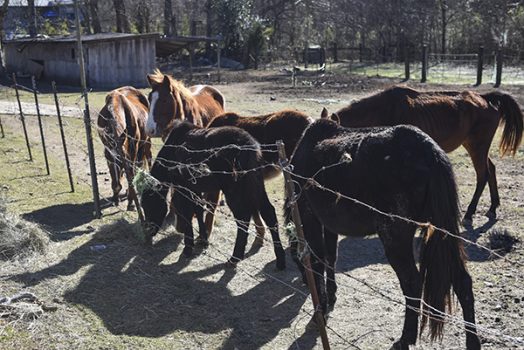 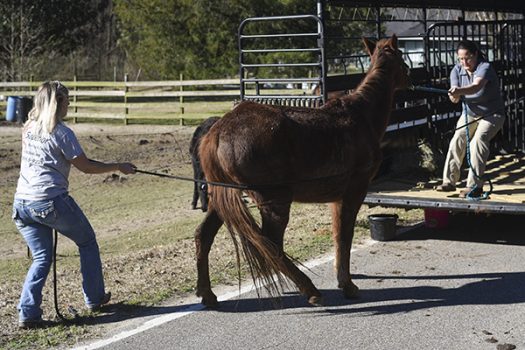 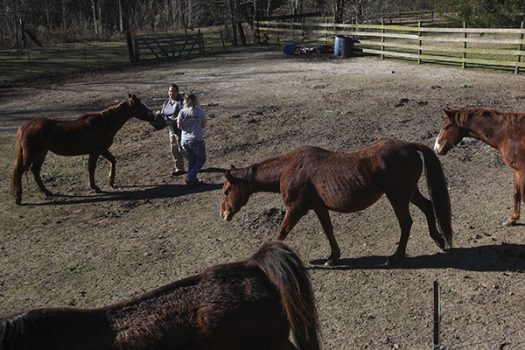 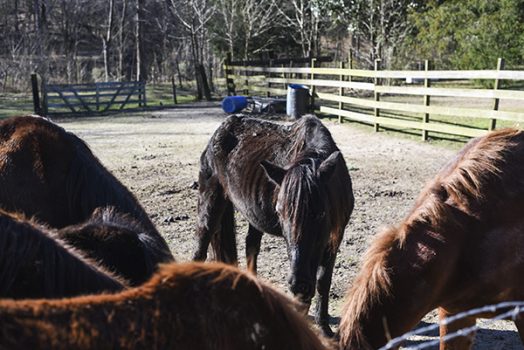 The City of Vicksburg Animal Control seized nine malnourished and neglected horses on Wednesday from property at 1365 Standard Hill Road.

Kacie Lindsey, the city’s animal control director, said two of the horses were foals, only about six months old. The most malnourished of the bunch was the nursing mother of one of the foals.

“This was the second time we’ve had to seize horses from the property,” Lindsey said.

Lindsey secured a seizure order under state law and is pressing charges against the caretaker, who she would not name.

The caretaker has yet to be charged.

Lindsey seized a horse from the property in June 2018. That horse was so malnourished and injured; it eventually had to be euthanized.

“With the first horse, the vet gave us a game plan, but when he came back to recheck the horse, he was not getting better,” she said.

The first horse seized, in addition to being malnourished, suffered from ligament and tendon injuries, as well as rope burns.

“His (vet’s) recommendation was to put the horse down, and that was absolutely the worst thing I’ve ever done,” Lindsey said.

The horses seized Wednesday are not in as bad a shape as the horse seized in June. However, they were getting out of their enclosure frequently, wandering into the roadway and getting into neighbors’ yards to eat the grass, she said. They also were not being fed regularly. She said hay was on the property, but the horses couldn’t get to it.

It took Lindsey, two Vicksburg Police officers and two volunteers six and a half hours to load the horses into a horse trailer and transport them to the Vicksburg-Warren County Humane Society, where they will be housed, Lindsey said.

“It was literally an all-day ordeal. It took a lot of encouraging and a lot of struggle to get them loaded in that trailer,” she said.

Donations of hay, sweet feed and funds to go toward veterinary care and to pay for hauling the horses from the property to the Humane Society are needed.

The city of Vicksburg Animal Shelter is located at 100 Old Mill Road.