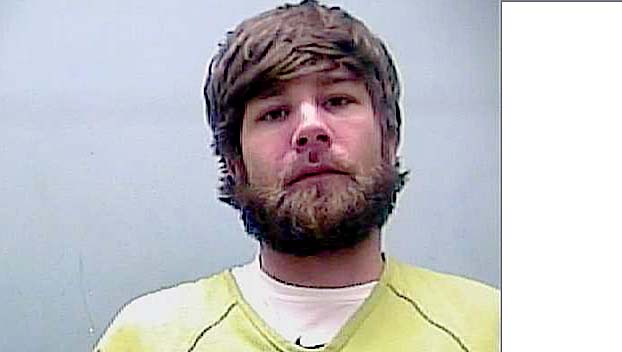 A Mississippi man who as a teen was at the center of national controversy after fathering a child with a teen actress was arrested this month on prescription drug charges.

Gloster resident Casey Aldridge, 29, was found passed out in his vehicle by Adams County Sheriff’s Office deputies at approximately 6:41 p.m. on Feb. 11. His vehicle was found along the roadside of White Apple Road in south Adams County.

After being transported to the hospital, Aldridge was arrested on charges of possession of prescription drugs and drug paraphernalia. The Adams County Sheriff’s Office report states deputies found oxycodone, xanax and lorazepam in Aldridge’s vehicle.

Aldridge made headlines in 2007 when actress Jamie Lynn Spears, sister of pop start Britney Spears, announced she was pregnant with Aldridge’s child.

At the time, Jamie Lynn Spears was 16 years old, Aldridge was 18. They had been dating for approximately two years.

Spears, a McComb, Mississippi native, was starring in Nickelodean teen sitcom “Zoey 101” at the time. The show had to be put on hiatus due to her pregnancy.

Nationally, Spears’ teen pregancy became a source of much controversy with some people blaming the media for using the situation to promote and condone teen pregnancy while others questioned whether Aldridge should be charged with statutory rape given his age and that of Spears.

Instead the two became engaged, though they eventually split up before ever getting married.

Their child together is now approximately 10 years old, and Spears has married another man and started a family with him.