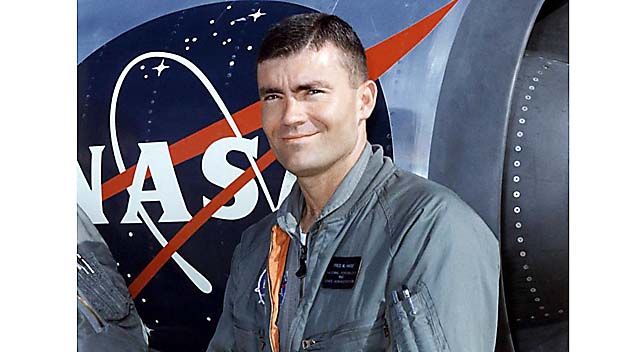 Fred Haise Jr., a Biloxi native, may be Mississippi’s most famous face connected to the Apollo space program.

Haise was a fighter pilot who logged more than 9,000 hours with the U.S. Marine Corps, U.S. Air Force and U.S. Navy before he joined the NASA’s ranks.

He famously was one of three astronauts aboard Apollo 13, the moon landing mission that nearly ended in tragedy when an oxygen tank exploded and nearly stranded the crew in space.

Haise was the backup lunar module pilot for missions Apollo 8 (first manned mission to orbit the moon) and Apollo 11 (first to land on the moon). He was backup spacecraft commander for the Apollo 16 mission.

Despite the shortened Apollo 13 and its aborted lunar landing, Haise remains in rare company – only one of 24 people who have flown to the moon. He later flew test flights of the Space Shuttle orbiter to test approach and landing procedures, but never flew into space on the Space Shuttle. He retired from NASA in 1979.