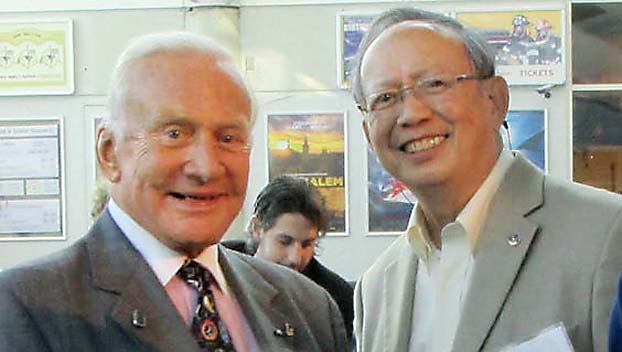 Gilroy Chow, the son of a Cleveland grocer, spent his early years in the Mississippi Delta before moving to New York City with his family. He returned to Mississippi to earn a degree in engineering from Mississippi State. Chow got a job with Grumman Aircraft Engineering, a prime contractor for NASA. He was on the team that designed the lunar module that safely landed men on the moon and returned them back to the command module.

Later in the Apollo program, he was one of the engineers in the room when NASA had to quickly engineer a method to removed deadly CO2 gas from the Apollo 13 module after an Oxygen tank explosion.

“I was in the room when they threw all the parts on the table,” he is quoted as saying. “We did assemble the part because we had the flight equipment in Florida. We put the square peg in the round hole. I was there for that,” he said.

Chow worked in Florida where he helped train astronauts on how to fly the command, service and lunar modules.

No. 2, Astronaut Fred Haise, click to read his story.