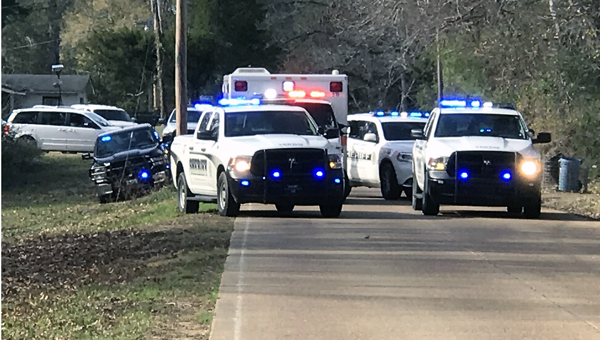 An Adams County man faces several charges after Adams County Sheriff’s Office deputies said he held his girlfriend and his wheelchair-bound grandmother hostage and hit them with a board.

“Upon arrival, deputies encountered one female victim with injuries to her face and upper torso,” the press release states. “Another victim said the offender had fled the residence through a rear window and was possibly armed.”

Deputies cordoned off the area and said they later encountered Jeffery Dylan Hartley, 23, who had a shotgun and was threatening to kill himself.

“Deputies were successful in talking Jeffery into surrendering, and he was taken into custody,” the press release states. “Jeffery was taken to the Adams County Jail

where he was charged with aggravated domestic violence, possession of a weapon by a convicted felon and parole violation. Other charges are pending. No bond pending arraignment.”

Sheriff Travis Patten commended his personnel for the way they handled the situation.

“They were able to help the victims and talk the suspect in to putting the gun down and possibly saved the suspect’s life,” Patten said.