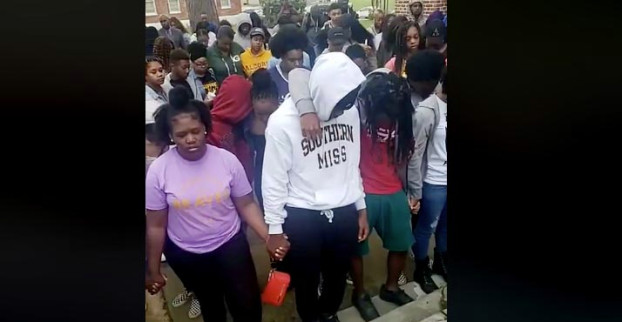 Students at Alcorn State University held a candlelight vigil on the steps of Oakland Memorial Chapel in memory of the two students who were killed in Monday evening’s shooting outside of Port Gibson.

Authorities say four Alcorn State University students were injured in a shooting that occurred shortly before midnight at a non-university event venue 13 miles north of campus off Highway 61 in Claiborne County. Two of the victims died, James Carr, 20, of Itta Bena and Tahir Fitzhugh, 19, of Pennsylvania.

A third student was transferred to the University of Mississippi Medical Center in Jackson and is listed in stable condition, a new release from the University said. The fourth student involved in the shooting did not require immediate medical attention.

As a precaution, Alcorn locked down its campus after the shooting. The lockdown was lifted Tuesday morning.

“Although campus safety was not compromised, out of an abundance of caution, Alcorn Campus Police instituted a lockdown on all campuses. The lockdown has been lifted and the university is open for normal business operations,” the Alcorn officials said.

School officials said the university’s Division of Student Affairs Office of Counseling Services will have counselors available to any students, faculty, or staff impacted the incident.

“Alcorn State University extends our heartfelt prayers to the families and loved ones of the students we lost and humbly ask for the university community’s thoughts and prayers for the full recovery of those injured and impacted as a result of this unfortunate event,” school officials said.  “As more information is gathered, we will share it accordingly.”