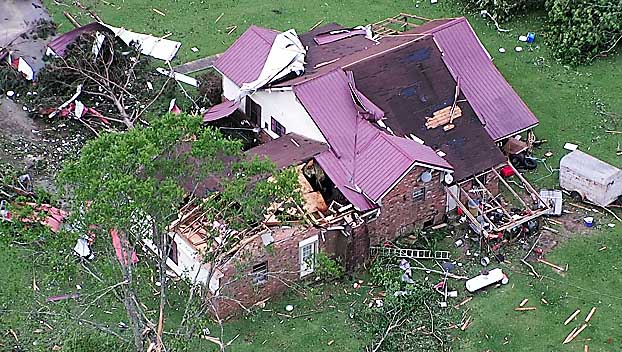 The National Weather Service has confirmed at least a dozen different tornadoes touched down across the state Sunday. Two were particularly powerful packing winds of nearly 200 mph.

The two new fatalities were in Jones and Walthall counties.

Deaths from the severe weather include: