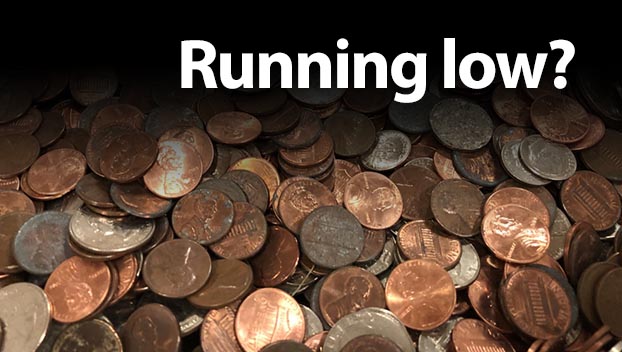 The national coin supply is experiencing a shortage of coins as a result of the pandemic, and according to local experts, the issue will likely sort itself out over time.

The supply chain and normal circulation patterns for coins were significantly disrupted due to COVID-19. In the past few months, the U.S. Mint’s production of coins decreased as a result of necessary measures being taken to protect the health of employees.

“As with a lot of items, the coin scarcity is being blamed on the coronavirus pandemic,” Bonnie Van Ness, the finance department chair and Otho Smith professor of finance at the University of Mississippi School of Business Administration, said. “There are several reasons for the scarcity. First, businesses are often asking for payment by card or other electronic means such as Venmo, to cut down on contact between employees and customers. Second, consumers are frequently ordering and paying online to cut down on contact. They are making fewer trips to retail outlets and when they do venture out, a lot of customers are preferring contactless methods of payment. As a result, customers are using fewer coins, which added to the appearance of a coin shortage.”

While all of this was going on, coin deposits from banks and other depositing institutions to the Federal Reserve declined significantly. This caused reserve banks to have a limited amount of coins that banks can order.

According to Christopher Steiner, marketing executive and commercial banking relationship manager of Regions Bank in Oxford, the shortage is a great excuse for households to introduce the change they have saved up back into circulation.

“It’s a great time for households that have a bunch of quarters, nickels, dimes and pennies saved up to bring that spare change to their bank for deposit,” Steiner said. “By reintroducing those coins into circulation, we can help more of our customers and local businesses get access to the change they need until the shortage is alleviated.”

According to Van Ness, the Federal Reserve is confident the coin inventory issue will resolve itself when more of the economy is able to reopen.

However, it is still unclear how long that will take – or whether more businesses will transition to cash-free payments.

“The amount of time that it takes to resolve will likely depend on payment preferences of both businesses and consumers,” Van Ness said. “It may be a while before physically exchanging one becomes preferred.”

Currency remains an essential part of business, even in an increasingly digital world as businesses continue to rely on currency. While making digital payments has become the norm, there are still some parts of the economy where change is crucial, such as parking meters, vending machines and amusement parks.

“For people who are privileged to have access to electronic means of money transfer, a coin shortage is not a major concern and is at most, a small inconvenience,” Van Ness said. “However, for people who do not have access to methods of electronic payment, it may be a bigger concern. Unfortunately, the coin shortage is one of a series of issues that likely affects the less privileged to a greater extent.”