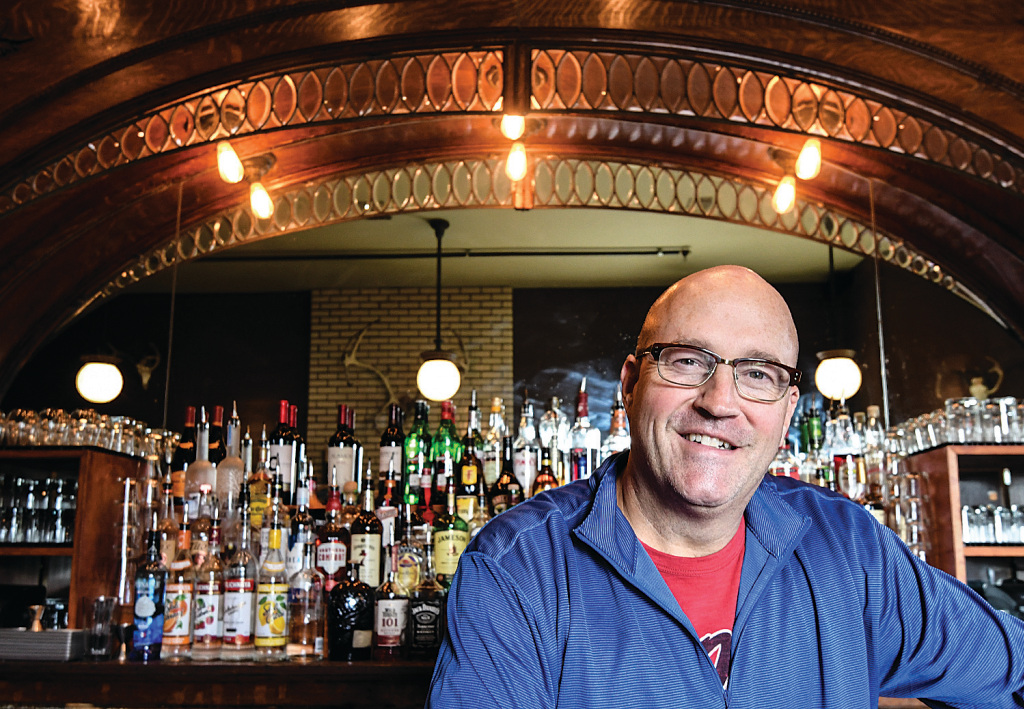 The “Big Bad Chef” is expanding his portfolio.

John Currence is the new owner of Oxford’s Goose Creek Club. The Oxford chef, along with his business partner Stefano Capomazza, purchased the tennis club recently and are in the midst of putting their unique touch on it.

Breaking ground in 2013, the Goose Creek Cub was formed by brothers Barney and Billy Chadwick. Billy, the former Ole Miss men’s tennis coach, helped out while Barney served as the club’s general manager and tennis director.

When Currence heard word that the Chadwicks were going to close down Goose Creek last summer, he decided it would be a perfect time to try his hand at something new, while also keeping alive something the Oxford residents enjoy.

“We had thought about it, because of our family’s involvement (at the club) and getting into playing tennis late in life. We’ve just fallen in love with the place,” Currence said. “The membership is such a great group of folks. We thought about it and we always pushed it off to the side. At the end of the day we were like, ‘We don’t know anything about running a club. Why do we want to get in that mess?’ When it became clear that it was actually going to happen and that it was either going to be closed or donated to a non-profit (organization) we really started looking at it and realized at the center of it was the bailiwick of what we know best. Hospitality is the real driving piece of a business like this.”

Currence’s plans for the club entail making what he calls “significant improvements to an already wonderful facility.” Renovations are already underway to enclose a large outdoor sitting and dining space for it to be utilized year-round. Another covered event space is being added at the Court One observation area as well.

Owner of City Grocery, Big Bad Breakfast and Snackbar, Currence knows how to manage an establishment that offers food, drinks and entertainment. His latest acquisition now asks him to expand outside of the food industry into an area that is foreign.

Falling back on his restaurant experience, Currence intends to turn the dining aspect of the club into a destination restaurant similar to his others located on the Downtown Square and on North Lamar Boulevard.

In the first couple weeks of taking over the club management, Currence and Capomazza realized how vast their latest endeavor is.

“It’s a very complex business to run,” Currence said. “It’s five or six businesses under one roof. The thing that really tipped the scales for us was so much of what ties all those different things together is a strong culture of hospitality. We felt like we could teach ourselves the rest. We already have the most important piece in place.”

When it comes to the club’s memberships, Currrence is still figuring all that out, but intends to offer some kind of membership levels. The new membership options are anticipated to be rolled out this Spring, which is when the current renovation projects should be completed.

Goose Creek Club is located at 218 County Road 162 off of Anderson Road.