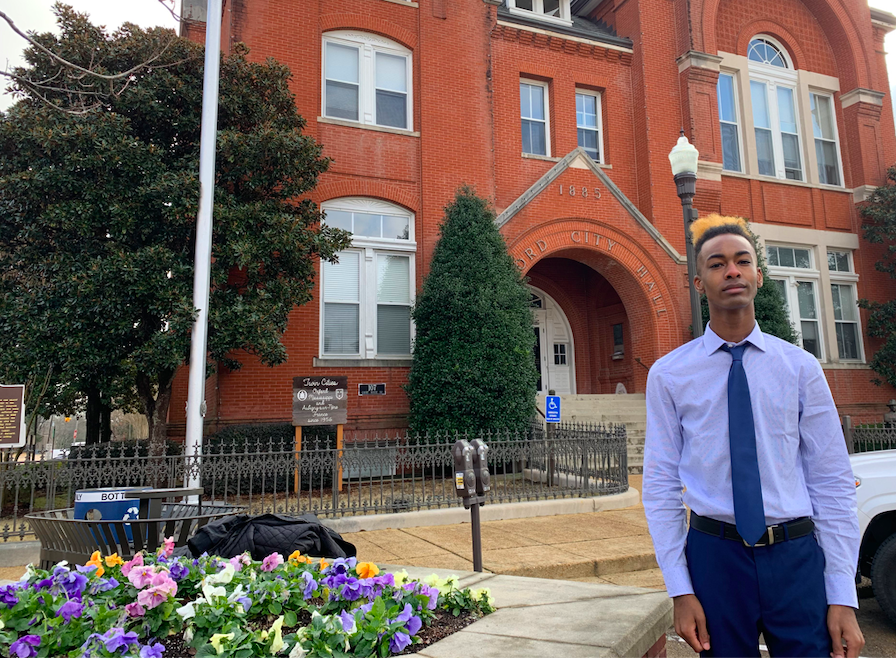 An 18-year-old Mississippi man from Oxford says he plans to run for mayor in his home city.

Incumbent Mayor Robyn Tannehill bid for re-election will be challenged by Brandon Pettis, an 18-year-old who is entering the political world for the first time and aiming for the City’s highest office.

Pettis said he has witnessed many things throughout his life in Oxford, most he has liked and is wanting to improve upon what Tannehill has accomplished throughout her first term.

The Oxford native is currently finalizing his paperwork needed to file and officially qualify, which he intends to do next week. Once Pettis officially enters the race for Oxford’s next Mayor, he has a platform, which focuses on the economy, and initiatives ready to be introduced.

The main initiative Pettis said he has planned to roll out is “Oxford First,” which would look to secure funds to continue infrastructure projects in Oxford that Tannehill and her administration have been working on.

Another aspect of the initiative would work to contribute to local businesses and bring other franchise businesses to Oxford.

“I have family who lives in bigger cities (in) Texas and there are colleges there,” Pettis said. “But it’s like, I come back home and beyond being able to come to Square, I ask myself often, ‘What else could we do?’”

Youth is on Pettis’s side, which he knows may also be a hindrance in eyes of some potential voters. Being a younger candidate does not deter Pettis, who said he feels his perspective of the community is an advantage, along with the perspective his parents provide him.

Achieving goals ahead of schedule is nothing new to Pettis. In 2019 he graduated from Oxford High School a year early and is currently enrolled at Northwest Mississippi Community College, where he is majoring in political science.

“(My friends) were actually not surprised,” Pettis said when he informed them of his decision to run for mayor. “That makes me really happy, because I feel like people have been paying attention to me. But I’m really passionate about this and there are some things I would like to implement, if elected into office.”

Pettis said he’s really focused on the “business aspect of life” and has been paying close attention to the City’s budget over the last four years to get a feel for how to better re-allocate funds for certain departments.

Another aspect of Pettis’s campaign is focusing on the minority community in Oxford and the Housing Authority community. He said he would like to focus efforts on renovating the older buildings located on Molly Barr Road.

Pettis said his decision to run was also influenced by last year’s social injustice movement and seeing Oxford embrace change, with the peaceful protests in response to police brutality and other social issues.

Pettis will run as an Independent candidate, something he said he initially felt would give him a chance to run in the general election. On Monday, Tannehill announced she would see re-election as an Independent instead of running as a Democrat, as she had in 2017 and in her Board of Aldermen campaigns previously.

Tannehill’s decision made Pettis waiver a little on still running this year, and it will force the two to run against each other in a primary on April 6.

“For a second it did (make me concerned), but I thought it was a good thing that she was running as an Independent as well,” Pettis said. “Like she said, local governing is not a bipartisan issue. We should be able to come together as one, because Oxford is such a big-small community. We should be able to come to one conclusion as one community as we’ve always done.”

Pettis said he is hoping to sit down with Tannehill soon to discuss ideas and things they could work together on, win or lose, and is open to having a debate with her if given the opportunity.

The deadline to qualify for the Oxford’s municipal elections is Feb. 5.