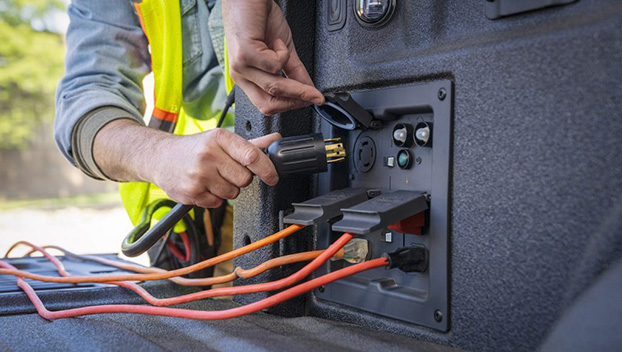 While many Texans were trapped without power for days, one Houston-area man was keeping the lights on with the help of his pickup truck.

Randy Jones, 66, was not only generating electricity he was creating a buzz on social media when he images of how he is using his 2021 Ford F-150 Hybrid truck with Pro Power onboard to power his home during the darkest days of the winter storm.

The retired refinery worker from the town of Katy, outside Houston, said the truck with an onboard generator help keep the lights on at night and the television on to keep up with news and weather. It even helped Jones make a pot of hot coffee in the morning.

The situation in the SW US is so difficult. Wish everyone in Texas had a new F150 with PowerBoost onboard generator…. https://t.co/KTgJpqjvPH

The Ford-150 PowerBoost, a hybrid version of its full-size truck that can provide as much as 7.2 kilowatts of power through a built-in generator.

Ford confirmed it had seen an 18% spike in online searches for the F-150 by late Thursday, many due to people considering the truck’s onboard power feature.

Hall told NBC News that he had expected to use the generator for camping, or to run power tools remotely, but didn’t expect to use it for a natural disaster.

The generator ran for three days before his power was turned back on. It provided enough energy to handle a refrigerator, a freezer, lights, the cable and internet box and a television.