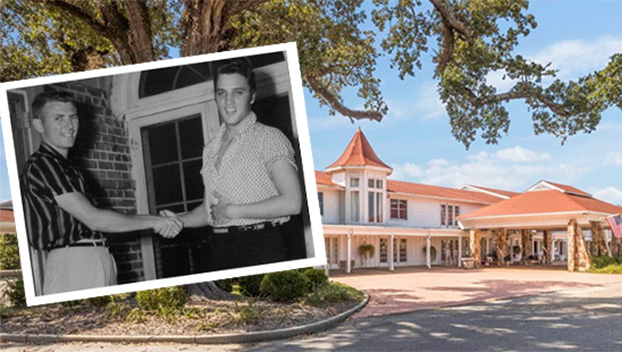 Two years ago, Al Capone’s Hideout and Elvis’ getaway in Ocean Springs was in danger of being demolished. But now Gulf Hills Hotel has new, local owners with plans for transforming the historic property.

She and her husband, Ted Condrey, operate several other businesses in Ocean Springs. Hotel Beatnik, the “tiny hotel” they built on Porter Avenue, is featured in the latest edition of Southern Living magazine.

Gulf Hills Hotel remains open while they complete “deferred maintenance” and create a plan for reviving the 94-year old inn built as a hideout for mobster Al Capone.

First up was new mattresses, she said, and providing free WiFi.

Now they’re working with Christian Preus Landscape Architecture on a master plan. The company created a more walkable downtown Ocean Springs, landscape plans for Mississippi Aquarium in Gulfport and MGM Park in Biloxi and other award-winning designs across the Southeast.

Just as the couple did when they built Hotel Beatnik, they said Gulf Hills Hotel will merge modern yet timeless decor and a throwback to a colorful era.

The redesign will recall the golden age of country club resorts and the 1950s, when Elvis Presley was courting Biloxi girl June Juanico and spent time at the resort.

They have photos of Elvis water skiing and hanging out at the Pink Pony lounge at the resort. Condrey said they discovered more treasures in storage as they get to know the property and its story.

“It has amazing history,” she said.

Judy Garland, Jayne Mansfield and Marilyn Monroe were among the celebrities who reportedly stayed near mobsters in the villas on the waterfront at Gulf Hills.

Guests over the years could play croquet on the wide lawn, catch waterskiing shows on the bay, sun by the pool and learn to ride like a cowboy when the resort was marketed as a dude ranch in the 1950s, Condreys said.

Gulf Hills Golf Club, adjacent to the hotel, also was purchased recently and the new owners have turned it into an executive nine-hole golf course plus Capones Restaurant and Speakeasy in homage to the past.

The Condreys moved from Louisiana to Ocean Springs 14 years ago and got to work embellishing their new hometown.

They opened Rain Residential Real Estate and the Inn at Ocean Springs, which they now market as The Inns of Ocean Springs since they began managing The Hemingway, a new boutique hotel in the downtown.
They partnered to open The Roost Boutique Hotel on Porter Avenue and are preparing to start on the Ocean Springs Collective across Porter Avenue from Hotel Beatnik.

“We’re doing site work right now,” she said. They took down a worn 1970s house on the property and plan to build the commercial collective in phases.

A bookstore, market, restaurant and wine shop will be in the first phase along with an office for Rain Residential. Also in the plans are a fitness studio and nano brewery and restaurant.

Their decision to buy and restore the historic Gulf Hills Hotel comes after it was for sale for years.

In 2019, an investor proposed restoring the hotel and opening an upscale RV park near the waterfront. The neighbors didn’t like the idea of campers navigating the roads through the development or changing the landscape, and the deal died.

Now the neighbors will watch to see how the Condreys use their skills to make over and make better the nearly century-old place.