It took 2 stolen cars, a 15 mile chase through rural Mississippi before officers were able to make arrest 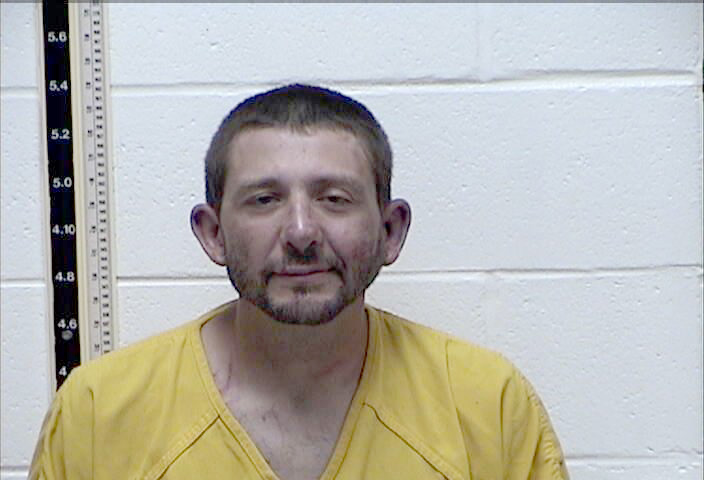 A Mississippi man went on a spree of breaking traffic laws that included the theft of two vehicles and borrowing another from a family member.

Picayune Police Department Assistant Chief James Bolton said the incident began with a call from a victim at the Shell Station in Nicholson at about 5:45 Thursday evening. Bolton said the suspect, later identified as 40-year-old Bryant Lee Manson, of 902 Third Ave., drove the vehicle to his home and then borrowed a work truck from a family member. The stolen vehicle from the Shell was found in Manson’s front yard.

After borrowing the truck, Manson arrived at Claiborne Hill in Picayune where he saw a man standing next to his truck, which was running with the door open. Bolton said Manson jumped in the man’s truck and drove off, leaving the work truck he borrowed behind.

The victim gave chase in the work truck left behind and called police to report the theft.

Manson fled in the stolen truck toward Interstate 59, where he then headed north to Carriere. Bolton said a parole officer on the Interstate saw the stolen truck and attempted a stop, but Manson continued to flee before getting off at the Carriere exit where he headed east on West Union Road. Speeds in the chase varied from 30 to 80 miles per hour.

After turning on to Rayburn Road, Manson allegedly intentionally struck a law enforcement vehicle that was in front of the vehicle he was driving,

When Manson turned into the parking lot of Paul’s Pastry, deputies successfully deployed spike strips and flattened all four ties on the stolen vehicle.

The flattened tires did not deter Manson, who turned onto Highway 43 N., crossing the median into oncoming traffic. Officers were able to get the chase turned onto the south bound lane of Interstate 59 where Manson tried to exit the Interstate at exit 4 to get on to Memorial Boulevard. To protect the public, officers used a pit maneuver to bring the chase to a conclusion. Bolton said that when that maneuver was used, the stolen vehicle was traveling at about 20 miles per hour.

Manson was then arrested for two counts of taking away of a motor vehicle, disorderly conduct, failure to stop when signaled and felony fleeing. A search of his person and the vehicle was conducted where officers found cocaine and methamphetamine, leading to his arrest for the additional offenses of two counts of possession of a controlled substance, Bolton said.

The chase lasted about 30 minutes and covered about 15 miles of roadway.