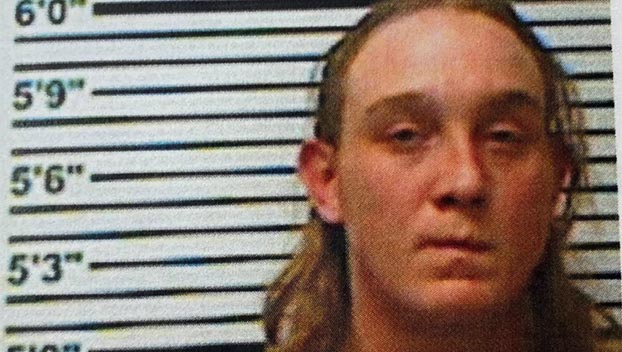 The Jones County Sheriff’s Office released disturbing details in the search for a man accused of torturing two toddlers seven years ago in a case that officials say is cringing and disturbing.

Jordan, 36, is wanted on two counts of sexual battery, according to investigators.

The posting reports that Jordan and his former girlfriend are accused of “taping two toddler-age children to the wall and forcing them to watch” the couple have sex. The children were also reportedly punched by Jordan if they looked away, according to arrest affidavits filed by the Jones County Sheriff’s Office.

The children also reported other “vile acts” to the authorities. the post said.

“This has to be the most graphic, disturbing case I can remember,” Sgt. J.D. Carter told the Laurel Leader-Call, according to the post. Carter has been in law enforcement for 16 years.

Jordan’s former girlfriend Hilda Ishee, 39, is already in custody, the post said. Ishee is charged with two counts of felonious child abuse for “intentionally, knowingly, unlawfully and feloniously physically torturing” the children. She was charged under the “torture” subsection of the Mississippi Code on child abuse, Carter said.

“The case was referred to the JCSD by Child Protective Services after that agency was made aware of the allegations by the accusers, now ages 10 and 8, who are in counseling,” the post said. “They reported that the incidents occurred between 2014 and 2015 when they were between ages 1 and 4. The children — a boy and a girl — are connected to one of the suspects, but the specific relationship isn’t being revealed in order to help protect their identities.”

Both children underwent forensic interviews with child specialists and revealed what happened to them. Their separate allegations had corroborating details, JCSD officials said.