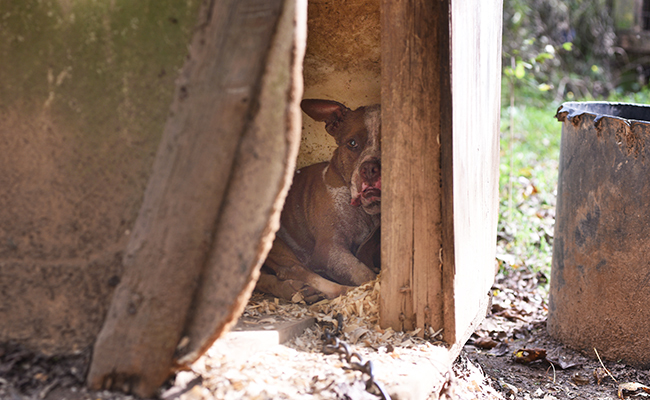 On Thursday, the Supreme Court of Mississippi affirmed a 9-year sentence for an Adams County man who was convicted of three felonious counts of dogfighting.

Tommie Queen stood trial for nine counts of dogfighting and was found guilty of three of the nine counts in November 2019. District 6-2 Circuit Court Judge Debra Blackwell sentenced Queen to what was the maximum penalty at the time, three years for each of the three counts.

After Queen was found guilty in Sixth District Circuit Court, his attorney Damon Stevenson filed an appeal which stated the trial court erred by tendering ASPCA investigator Kyle Held as an expert in the field of animal cruelty and dogfighting and, “that there was not a sufficient evidentiary basis to support (Queen’s) convictions, and that the trial judge erred by not recusing.”

However, a Thursday ruling from the Supreme Court states, “Finding no error, we affirm Queen’s convictions and sentences.”

The case against Queen garnered national news coverage and attributed to the strengthening of Mississippi’s dogfighting laws.

In response to the publicity of the Queen’s case, Sen. Bob Dearing, D-Natchez, filed a bill advocating harsher punishment for dogfights in Mississippi, which passed in June 2018 and went into effect July 1, 2018.

The new law states that people who promote, stage or bet on dogfights, own a dog with intent to enter it into a fight or own dogfighting paraphernalia may face between one and five years in jail, and repeat offenders are punishable by fines of $5,000 to $10,000 or prison sentences of three to 10 years. Because Queen’s case fell under previous laws, he could only be penalized using the older penalty.

He was arrested in November 2017 after Adams County Sheriff’s Office discovered what appeared to be a large-scale dogfighting operation on Queen’s property at 29 and 1/2 Miracle Road in the Cranfield community.

Law officials said more than 50 injured and starving dogs and the bones of dozens of deceased animals were found.

Natchez veterinarian Robert Savant stated in his witness testimony that he examined nine of the recovered animals and determined each of them had to be humanely euthanized due to the extent of their injuries — which included multiple old and fresh lacerations on the dogs’ faces, chests and front legs that appeared to be dog bites.

One of the dogs had an infection in its eye, another had a fractured jaw that emitted a putrid smell and a third dog had a swollen gash in its front leg.

In Defense of Animals, which is an international animal protection organization with over 250,000 supporters, applauded Thursday’s ruling by the Supreme Court of Mississippi to uphold the conviction.

“This case was absolutely heartbreaking, and we’re grateful to those who aided the dogs involved, and that the court recognized the severity of the crime and ruled to deny Queen’s appeal,” said Doll Stanley, Director of In Defense of Animals’ Justice for Animals Campaign.