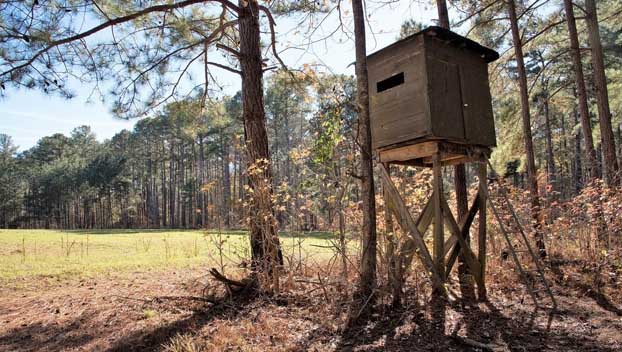 A group of hunters in Alabama were more than surprised when the hoisted up an 8-point deer on a rack to be skinned.

What they fully expected to be a prize buck turned out to be quite the opposite.

The deer had no visible male reproductive organs, only female.

Alabama Outdoors, a publication of the Alabama Department of Conservation, reported on the surprise discovery of Matt Kelley and his hunting companions.

Kelley holds fund-raising deer hunts in Sumter and Greene counties for his substance abuse prevention ministry with a focus on the outdoors.

Kelley said several remarks were made about how the deer had several odd characteristics, including how skinny the neck was.

But it wasn’t until the hunter who shot the deer started to skin the animal that the hunter realized the deer with a developed 8-point rack was indeed a doe.

Kelley said the deer weighed 175 pounds with eight scorable points, including two kickers on the base of one antler. The deer was taken in Sumter County just across the Tombigbee River from Marengo County.

Chris Cook, with the Alabama Wildlife and Freshwater Fisheries, said deer was what wildlife biologists call a pseudohermaphrodite.

Cook said such deer don’t have fully developed male or female organs. Such deer are neither a doe or a buck either. It’s very unusual for a functioning female to have antlers like that, Cook said.

Cook said the percentage of true does with antlers is only about 0.1% of the population. These does are fully functional females but have small, velvet-covered antlers, not fully developed, hardened antlers. He said does produce a small amount of testosterone from their ovaries but not enough to produce hardened antlers.