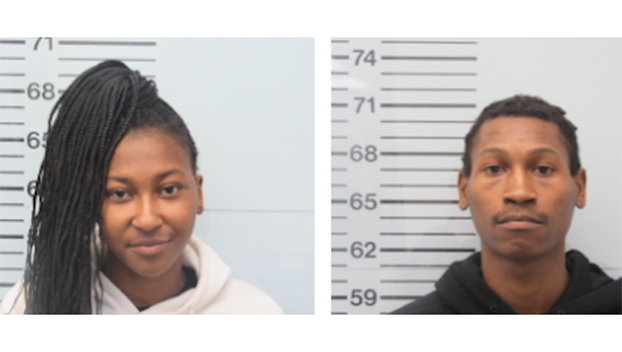 Two people have been arrested on multiple charges after a Mississippi homeowner reported an armed robbery in progress to police Wednesday.

On Feb. 14 at approximately 6:29 AM, the Oxford Police Department responded to a residence in the 2000 block of Oxford Way for a reported armed robbery in progress.

Once officers arrived, they were able to locate the victim who stated that the assailants had already left the scene. The victim gave information about what was stolen and who the assailants were to the responding officers.

Officers were able to quickly get warrants drawn up for Deasia Birdsong, 21, of Memphis, TN, and Jasper Dewarraen Jenkins, 23, of Memphis, TN. Birdsong and Jenkins were arrested in Memphis on February 25th, 2022. The Oxford Police Department would like to thank the United States Marshals Service for their assistance locating the suspects.