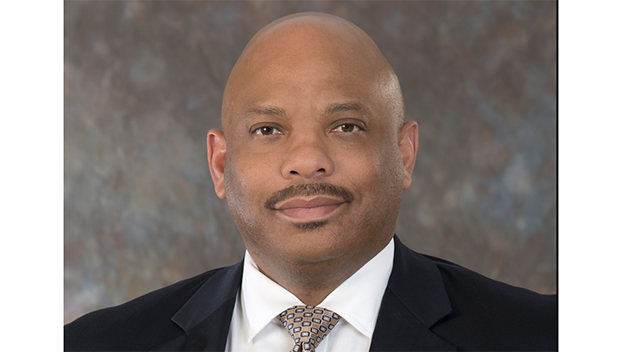 A pair of letters sent earlier this month by the Institutions of Higher Learning commissioner shed light on the recent controversial policy changes that faculty fear will make it harder to get and keep tenure at Mississippi universities.

Al Rankins, Commissioner of Higher Education. Credit: Contributed by the Institutions of Higher Learning
In the letters, Commissioner Alfred Rankins addressed concerns that the new standards IHL added to its tenure policies, like “collegiality,” could be used by university presidents to discriminate against politically outspoken faculty or faculty members of color.

Rankins wrote that IHL thinks the new policies are “improvements to prior policy language.” Though teaching, research and service are still the main factors, Rankins wrote the board believes that standards like collegiality are valid and legal for university presidents to consider and don’t infringe on the constitutional rights of faculty in Mississippi.

“There is no prior evidence to suggest these terms have quashed academic freedom or faculty individual rights within our system of universities,” Rankins wrote. “In reviewing your concerns, I must point out that almost any criterion commonly used in evaluating faculty for tenure could be used by a bad actor as a pretext for denying tenure for impermissible reasons.”

“However, that does not mean that the criterion is not an appropriate and valuable point of consideration as part of the tenure attainment process,” he added.

Rankins sent the letters, which are similar, on May 9 and May 10 in reply to inquiries from faculty at the University of Southern Mississippi as well as two national nonprofits, PEN America and the Foundation for Individual Rights in Education.

“I want to assure you that the protection of our employees’ constitutional rights is of utmost importance to us,” he wrote to both groups.

Jeremy Young, the senior manager for free expression and education for PEN America, told Mississippi Today that he was not assured. Young said Rankins’ letter made him more concerned about the new policies. The organizations told Rankins as much earlier this week in a reply to his letter.

“Your response assuages none of the academic freedom or free expression concerns in our original letter, and in fact strongly suggests the IHL Board of Governors neither understands the concept of academic freedom nor recognizes its central importance to the health of higher education,” the organizations wrote back on May 18.

PEN America and FIRE pushed back on Rankins’ assertion that there is no evidence IHL’s policies have violated academic freedom. They wrote that IHL and university presidents have appeared to use the tenure policies to target outspoken faculty in several cases, including in 2019 when several board members voted to deny University of Mississippi sociology professor James Thomas because they did not like some of his tweets.

Faculty are “justified in interpreting the new policy as more than an idle threat,” the organizations wrote.

IHL’s new policies gave the university presidents the final say on approving tenure applications. Previously, the board approved tenure. IHL also added new criteria for university presidents to use to determine whether to grant tenure, including a faculty member’s “collegiality,” “effectiveness, accuracy and integrity in communications,” and “contumacious conduct,” a factor that was previously only included in the board’s tenure dismissal policy.

Faculty say these new terms will weaken tenure in Mississippi by providing university presidents a guise to dismiss outspoken or marginalized faculty. Tenure is meant to ensure that faculty are only dismissed for cause.

But IHL never gave faculty an opportunity to have formal input on the new policies. When the trustees approved the tenure policies at its April meeting, they did so without discussion. The board did discuss the policies at its March board meeting, but the proposed revisions were not included on the agenda. The March meeting was held at Mississippi State University Riley Center in Meridian, an hour-and-a-half away from the complex where the board typically meets in Jackson, and was not live-streamed.

IHL’s April vote came as faculty were in the middle of the most hectic time of year, reading essays and submitting final grades. At University of Southern Mississippi, members of the faculty senate met with President Rodney Bennett to ask him about the new policy.

Shortly after, Brian LaPierre, the president of USM’s faculty senate, wrote a letter on May 3 asking Commissioner Rankins to clarify the new policies.

“This is intended to give you a sense of the confusion, anxiety, and dismay that these policies — and the lack of information and context accompanying them — have created in our campus community,” LaPierre wrote.

LaPierre appended a number of questions about the new policies: What prompted IHL to revise its tenure policies? Why weren’t faculty consulted? Is IHL concerned the policies “will impact the ability of our universities to recruit and retain talented faculty and students, as well as promote research in Mississippi?”

Rankins did not address these questions in his reply. He defended the new criteria, particularly collegiality, as a standard that is legal to consider in granting tenure and wrote that “effectiveness, accuracy, and integrity in communications are important components of effective teaching and learning.”

The changes are already having ripple effects. Under the old policies, most of the universities submitted tenure applications for the IHL to approve at its May board meeting. That didn’t happen this year because IHL’s changes went into effect immediately after the April vote.

Now some of the universities are working to figure out if they need to retroactively consider collegiality for the tenure applications they had expected the IHL board to approve this month. At USM, Denis Wiesenburg, a member of the faculty senate executive committee, said the university is sending tenure applicants back to the school level to ensure faculty members are evaluated under the new standards.

“It’s created chaos,” Wiesenburg said. “The amount of administrative burden that the IHL has added at the worst time of year.”

At a University of Mississippi faculty senate meeting earlier this month, Chancellor Glenn Boyce and Provost Noel Wilkin assured faculty that everyone who was up for tenure this year would be approved.

Wilkin also told the faculty that the chief academic officers had met prior to the board meeting but did not discuss the tenure policies, which indicated to him that none of the provosts were aware of the changes.

Boyce, who served as commissioner from 2015 to 2018, said he had “known for awhile” that IHL was considering changing its tenure and presidential search policies, but that he did not know the board was going to make the revisions this year.

“They had these two policies on their mind when I was commissioner,” Boyce said. “They just never formally sat down like they did this time around.”

“Needless to say, we got no advance notice of the changes,” he added. “We had no advance notice this was gonna be on the agenda and had no opportunity to provide input. Hopefully that’ll help you understand what we knew and when we knew it.”