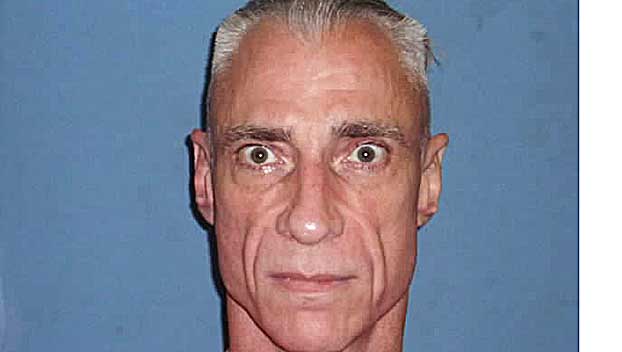 A federal judge has rejected a Mississippi death row inmate’s request to block the state from carrying out his execution while the courts decide a constitutional challenge to the drugs the state plans to use to put the inmate to death.

U.S. District Judge Henry Wingate wrote in his opinion Wednesday concerning the motion on behalf of some Mississippi death row inmates, including Thomas Edwin Loden Jr., who is facing a Dec. 14 execution date, recently set by the Mississippi Supreme Court.

“Loden contends that since he is a plaintiff in this underlying lawsuit challenging Mississippi’s lethal injection mode of execution, the same procedure Mississippi intends to use to put him to death, he should not be executed before a decision on the constitutionality is rendered,” Wingate wrote. “Should this court adopt that reasoning, Loden’s future execution date would be uncertain, but years away. If this court were to rule that the lethal injection mode is unconstitutional, Mississippi could still resort to his execution under one of three alternative modes of execution, which chosen procedure would surely be attacked in a new lawsuit.”

“Loden, however, cannot convincingly argue that his involvement in this 1983 lawsuit has somehow expanded his rights and provided him a shield against execution. He has exhausted all his state and federal appellate rights,” Wingate wrote.

Earlier this month in a court hearing, Wanda Farris of Fulton, the mother of the 16-year-old girl killed by Loden, said she has waited 22 years for justice for her daughter, Leesa Gray.

“She was a sweet Christian girl, loved the Lord, had a lot of life ahead of her,” Farris told reporters outside the courtroom.

Farris’ best friend, Sondra Pearce, said in court earlier this month she taught Leesa in kindergarten, and she didn’t like hearing the judge and attorneys discuss whether Loden might feel pain during an execution.

“Let’s talk about Leesa and the inhumane things he put her through,” Pearce said outside the courtroom.

Jim Craig, a MacArthur Center attorney, said Monday that since 2019, only Alabama, Oklahoma, Mississippi and Tennessee have conducted executions using a three-drug protocol.

“Mississippi also has no serious training of their staff before an execution takes place,” Craig said. He said the people who insert needles into a condemned inmate for the execution are not present during practice runs of the procedure.

Kucia told Wingate that the U.S. Supreme Court has never blocked a method of execution.

“This court should not say that Mississippi’s method of carrying out executions is unconstitutional,” Kucia said.

Mississippi’s most recent execution was in November 2021 — its first in nine years. The Mississippi Department of Corrections revealed in court papers in July 2021 that it had acquired three drugs for the lethal injection protocol: midazolam, which is a sedative; vecuronium bromide, which paralyzes the muscles; and potassium chloride, which stops the heart. Cain said the drugs listed in the court records were the ones used for the execution that November. He would not say where the department obtained them.

Loden joined four other Mississippi death row inmates in the federal lawsuit challenging the state’s lethal injection protocol. Mississippi revised the protocol to allow the use of midazolam if thiopental or pentobarbital cannot be obtained.

Wingate granted an injunction to prevent the state from using compounded pentobarbital or midazolam, but the 5th U.S. Circuit Court of Appeals reversed that ruling. That sent the case back to Wingate.