Mississippi’s only nuclear plant cited for violations after unplanned shutdowns 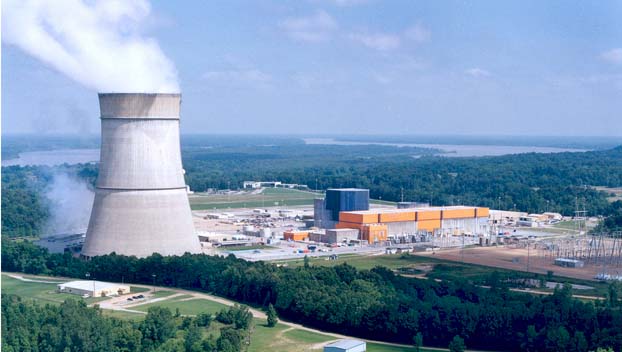 A special inspection of a nuclear power plant in Mississippi has resulted in two low-level citations, as its operator says it has continued trying to make improvements.

The Nuclear Regulatory Commission, in a March 29 report , says Entergy Corp. operators at Grand Gulf Nuclear Station couldn’t get a water pump system to operate during the Dec. 12 shutdown because of training and simulation problems.

“We respect and value the NRC’s feedback,” spokesman Mike Bowling wrote in an email. “We are currently reviewing the report for full understanding and incorporation into our plans for continuous improvement and achieving excellence.”

The NRC plans an annual community meeting at Tuesday evening in Port Gibson to discuss the 2018 safety record of Grand Gulf, one of only three nuclear plants nationwide not rated at the highest safety level. Since 2016, the plant has often run at less than full power, which can stress power supplies and cause higher prices across the region.

The report lays out a minute-by-minute timeline of Grand Gulf’s response on Dec. 12. The trouble began when a control valve that was supposed to be closed began to open. As operators tried to close it, it began to open more, forcing an unplanned reactor shutdown, known in nuclear industry parlance as a scram.

NRC inspectors cited Entergy for a training failure because its simulation system didn’t accurately reflect what would happen.

“Deficiencies in the simulator modeling had provided licensed operators with unrealistic or negative training,” NRC wrote in its citation. Regulators wrote that the incident also raised questions about whether Entergy is “providing training to maintain a knowledgeable, technically competent workforce.”

The federal nuclear regulator also cited Entergy for failing to fix a problem with a different pump system that had repeatedly switched off during shutdowns over the years.

Grand Gulf had another shutdown on Feb. 23 after a problem with a turbine valve. Entergy reported “no complications with scram response.” That was at least the seventh unplanned decrease in output at the plant in an 18-month period, according to NRC documents.

In the 109 days since the reactor came back to full power following the Dec. 12 incident, Grand Gulf has operated at less than full power output on at least 27 days, NRC records show.

“Clearly they have kind of persistent problems with controlling this reactor,” said Edwin Lyman, a senior scientist and acting director of the Nuclear Safety Project with the Union of Concerned Scientists. “The unplanned scram rate is high.”

Virden Jones, the executive director of the Public Utilities Staff in Mississippi, said his agency has hired consultants to monitor Grand Gulf and has met several times with management. He said Entergy has promised that it is working on a plan to increase reliability.

Entergy was already spending to add staff and increase training at the plant before Dec. 12. The company announced in January it would hire 70 people at Grand Gulf, increasing workers to 890.

“We are investing in the plant by fixing equipment and hiring skilled people, which will allow us to continue safe and secure operations through our 2044 license,” Bowling wrote in an email. “It is important to reinforce that the NRC’s assessment stated Grand Gulf’s overall performance preserved public health and safety.”