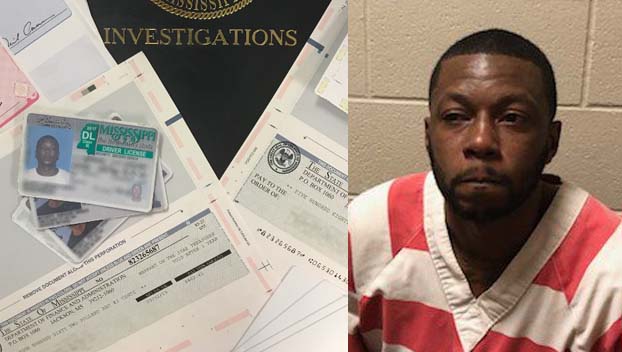 McCarty was indicted last week on one count of false pretense by Rankin County grand jurors for trying to cash a $764.43 check in January. He was arrested Monday by agents for the auditor’s office. He’s charged as a habitual offender in an indictment citing two bad check convictions from 2009, and faces up to 10 years in prison if convicted.

McCarty remains jailed and it’s unclear if he has a lawyer.