Surrounded, teargassed, violent felon refused to be arrested; deputies killed him after he pulled gun 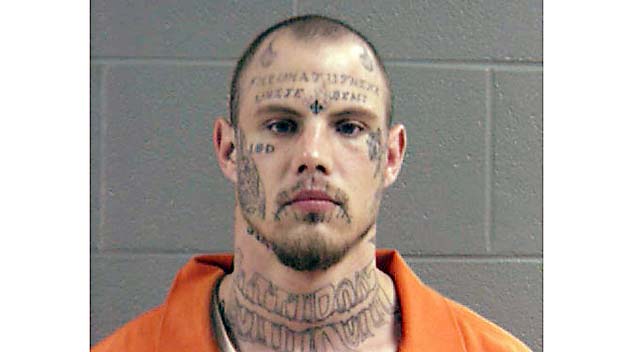 Sheriff’s deputies shot and killed a man they were trying to arrest on the Mississippi Gulf Coast on Monday.

Adam told the Sun Herald that deputies had been tipped that Bottoms was in a house near Bay St. Louis. The sheriff said deputies called out for Bottoms for 15 minutes or more at the door of the house, which like many in the coastal community is elevated on stilts.

A woman named Allison Rainey came out, and deputies later arrested her and said she’d be charged with harboring a fugitive.

Adam said illegal drugs also were found in the house.

“Mr. Bottoms didn’t come out, but a female did,” Adam said. “She was taken into custody. At that point, we thought we would just sit and give the tear gas time to work.”

The sheriff said Bottoms then jumped from a window of the elevated house and ran into the woods.

Deputies pursued him, Adam said, and when Bottoms emerged, he pulled a handgun and deputies shot him. Witnesses told WLOX-TV they heard at least 10 gunshots.

Bottoms died before he could be taken to a hospital.

One deputy was bitten by another deputy’s K-9 dog that had been released to chase Bottoms but not seriously injured, Adam said.

The Mississippi Bureau of Investigation is investigating the shooting, Adam said, as is typical with shootings involving local police agencies.

Bottoms pleaded guilty in 2017 to aggravated battery in the April 2015 stabbing of a teenager in the face with a screwdriver in Livingston Parish, Louisiana, court officials have said.

The teenager died months later. He was arrested in August 2017 in Waveland, Mississippi, and charged with being a felon in possession of a gun. Bottoms also was convicted of second-degree battery and simple robbery in Louisiana in March 2009, news outlets have reported.