Mississippi mom fears for missing, mentally ill son’s safety; Have you seen him? 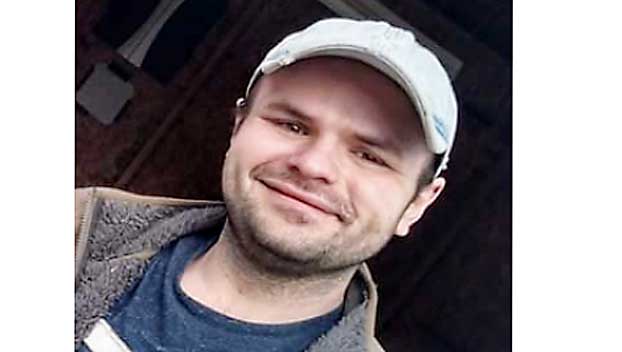 Kim Haynes showed up at the Choctaw County Library with a stack of flyers, covered with various photos of her 26-year-old son, Travis “Sean” Hunt.

One photo showed his tattoo “Ole Miss” in puffy letters on his left shoulder; another showed a cross necklace tattooed on his chest. Other photos showed him smiling with his dark curly hair showing underneath the various caps he wore.

Sean Haynes is missing, and his mental illness that has seen him hospitalized three times in five months has his family and friends fearing for his safety.

Haynes said Sean, the youngest of her three sons, had last been seen walking down Concord-Bethsalem Road in rural Choctaw County by his uncle, Warren Hunt, on Aug. 11 wearing blue jeans without shoes or a shirt on. He reported his nephew missing three days later to the Choctaw County Sheriff’s Department.

Haynes said she had last seen her son the Saturday before he disappeared—they had spent the day together eating lunch out and visiting together at her home. “He’s gone off before to stay with friends—you know, how boys do.” she said. “But he’s always called and let someone know where he was.”

This time, he left his phone, his wallet and his medication at his grandmother’s house where he had been staying since his last inpatient stay at East Mississippi State Hospital in Meridian. Haynes said Sean had been committed to the hospital three times — once in December, once in January and again in May, when he stayed two months.

Chief Deputy Lee Upchurch said his office has been trying to track down leads in conjunction with the Mississippi Bureau of Investigations. A search with four canine teams of the area in which he disappeared was begun but called off because the heat and humidity were affecting the dogs’ stamina, Upchurch said.

Plans are being made to hold another one, but deputies were advised by MBI to wait until there was moisture in the air. “And now we’re in the middle of the worst dry spell of the year,” Upchurch said.

Haynes said Sean was diagnosed with mental illness at an early age—the local mental health center diagnosed him with ADHD in elementary school and saw him throughout his younger years for behaviors associated with that and with his father being in jail while he was young, Haynes said.

His later stays at East Mississippi State Hospital led to a diagnosis most recently of bipolar disorder with mania and psychotic features, Haynes said. He was treated with lithium for bipolar disorder and Zyprexa, an anti-psychotic medication.

His delusions often have taken a religious turn, Haynes said, with him telling her that he saw butterflies and called them “spirits” and saying things his mother called “blasphemy”.

“I would tell him, you can’t go around saying those things in small-town Baptist Mississippi,” Haynes said.

Family friends describe Sean as a good-natured kid with anger management issues. Pam Perry of Ackerman said he loved baseball as a kid and is enamored with Ole Miss sports. “Even here in Bulldog country!” she said.

Perry said Sean spent a lot of time with her family as a teenager and young adult. “He loved to cook; he liked being busy; he loved the auctions,” Perry said.

“He would get old things from auctions and restore them—furniture and all.” Perry said, pointing to a china cabinet he remade for her.

Perry agrees it is unlike Sean to stay gone this long. “He’s never been so long without seeing his grandma,” she said.

Haynes has started a Facebook page titled “#Bringseanhome” and has posted pleas for anyone aware of her son’s whereabouts to call her or the Choctaw County sheriff’s office. The publicity has led to some puzzling twists, including some people calling her and asking for ransom, Haynes said.

She bristles when asked if Sean is dangerous. “I always worried about danger to himself, not to me,” she said. “I still need him found.”

What would she want to say to him? “Call me,” she said. “To tell me he’s okay. If he doesn’t want to come home to at least call me and say he’s okay.”

This story was produced by the Mississippi Center for Investigative Reporting, a nonprofit news organization that seeks to hold public officials accountable and empower citizens in their communities.

State urges people not to burn for fear dry…