A Georgia man serving a life in prison in Mississippi for murder wants that state’s governor to commute his sentence.

Jodon Antonio Slaughter, 53, ran a legal notice required to make the reduction request in the classified ads section of The Sun Herald.

Friends and family can submit statements recommending the commutation or its denial to the governor’s office, according to the ad.

The request seems unlikely to be granted, according to the newspaper.

“Governor Bryant has not issued any pardons during his terms of office,” Bryant’s spokeswoman Rivers Orman said. “His policy is to honor the judgment of the courts and respect the rights of crime victims and will substitute his judgment by granting a pardon only in instances where clear and convincing evidence is produced proving innocence.”

Slaughter was convicted in 2000 of fatally shooting Kelvin R. Reynolds, of Georgia, in 1998 outside a Gulfport business. He was identified by a witness.

Prosecutors said he killed Reynolds to keep him from testifying about Slaughter’s involvement in an Atlanta criminal enterprise that defrauded banks and others of an estimated $8 million, the newspaper says.

Slaughter later pleaded guilty to federal charges in that case. 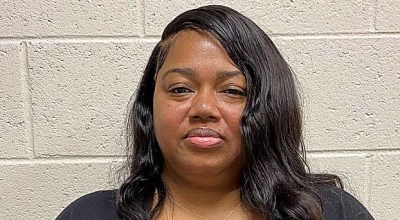