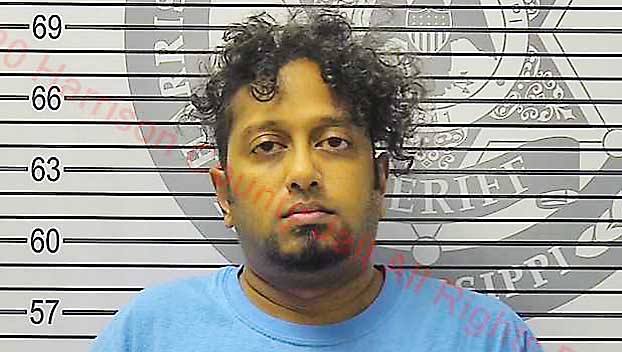 “I applaud our prosecutors and law enforcement partners for taking this criminal off our streets and making all of our kids a little safer today. This guilty verdict should serve as a warning to others who possess or peddle in this garbage – we are coming after you, we will find you, and you will go to prison. We will continue to do everything within our power to protect the least among us,” said U.S. Attorney Hurst.

The Sun-Herald reported that Naidoo’s wife called police in July 2017 after finding multiple images of nude children stored on computer memory cards he kept in a safe. The couple had been arguing about his interest in adult pornography.

The Diamondhead businessman claimed his wife was trying to set him up because she wanted a divorce, but jurors convicted him on three counts on Friday.

From July 2017 through October 2018, HSI conducted an investigation with the Hancock County Sheriff’s Office and the Diamondhead Police Department which resulted in the seizure and forensic examination of multiple electronic devices found at Naidoo’s residence, to include Micro SD cards, laptop computers, notepads or tablets, and hard drives. The evidence found on the electronic devices and the timeline of that evidence proved Naidoo knowingly possessed over 90,000 images and videos of minors engaging in sexually explicit conduct, to include images of minors who had not attained 12 years of age.

This case was prosecuted by Assistant U.S. Attorney Andrea Jones and Ralph Paradiso of the Criminal Division’s Child Exploitation and Obscenity Section (CEOS).

Naidoo also had a collection of stories about adults engaging in sex with children, which prosecutors used as evidence to emphasize his obsession.

The woman took their children and moved to Alabama, Paridiso said.