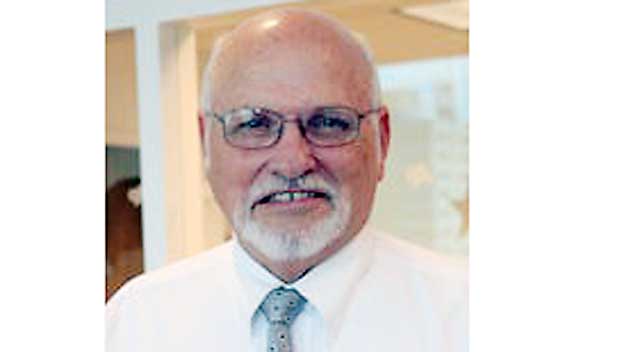 Ron Harrist, retired AP news editor who worked in Mississippi for 41 years, died early Saturday, May 9, 2020, at his home in Brandon, Miss, of complications from leukemia. He was 77. (Photo: Rogelio V. Solis, AP)

Ron Harrist, who covered Elvis Presley, black separatists, white supremacists and college football legends during his 41 years as a reporter and editor in Mississippi for The Associated Press, died of complications from leukemia at his home in Brandon early Saturday, his son Andy Harrist said. He was 77.

“Ron was absolutely one of the nicest, funniest, most generous people I have ever worked with. He was also a wise and gifted journalist who covered convulsive change and epic stories that have shaped the South as we now know it,” said Brian Carovillano, vice president and managing editor for The Associated Press.

Born in Tampa, Florida, Harrist moved with his family to Brandon, Mississippi when he was a child. He attended Mississippi College and began teaching junior high school after earning an education degree.

But a night job working for The Clarion-Ledger and Jackson Daily News prompted him to change his career. He joined the AP in 1968, covering a state still struggling to adapt to the reality of equal citizenship for African Americans.

Longtime Mississippi newsman Bill Minor remembered that he and Harrist, both white men, went together to cover the protracted boycott of white-owned businesses by blacks in the southwest Mississippi town of Port Gibson. It eventually resulted in a landmark U.S. Supreme Court case ruling that states can’t stop peaceful boycotts.

“When we headed toward a church on the edge of town where black boycotters were supposed to gather later, a highway patrolman pulled up beside by the car and said something like ‘Don’t let sunset catch y’all in town,'” Minor remembered in 2009.

Harrist interviewed members of the black separatist Republic of New Afrika at their headquarters before a police raid sparked a shootout with the group, accompanied Gov. Bill Waller Sr. and his wife to meet Elvis during a Jackson benefit concert in 1975, and covered the 1994 trial of Byron De La Beckwith when he was found guilty of murdering civil rights leader Medgar Evers in 1963.

He was promoted to state editor in the 1970s and to news editor in 1999. The AP’s customers admired him for the comprehensive news report he oversaw and his willingness to aid the news cooperative’s members.

“He knew every public official in every office in every town and county, and they would talk with him because he had earned their trust for fairness and accuracy,” said Charlie Mitchell, longtime editor of The Vicksburg Post and later assistant dean of the journalism school at the University of Mississippi.

Harrist’s talent for logistics proved to be critical in the 2005 aftermath of Hurricane Katrina, when simply keeping reporters in the field was a challenge.

“His calm demeanor and leadership helped our Mississippi coverage dominate all the national competition, and he somehow always knew how to get gasoline and supplies when no one else could figure it out,” Michael Giarrusso, then state news director for the South and now AP’s global sports editor, wrote at the time of Harrist’s 2009 retirement.

Reporter Emily Wagster Pettus recalled the day the hurricane hit. “Some of us were working in our 13th floor newsroom in downtown Jackson — and even 160 miles from the Gulf Coast, the hurricane-force winds were howling and shaking our building,” she said. “Ron kept his cool and coordinated coverage, fielding phone calls from other AP editors and making sure our staffers in the field were safe even as he prodded them for details of what they were seeing and hearing.”

All those who worked for and alongside him remember his warmth and kindness.

“Even when he was really sick in the hospital, he was smiling and joking with the nurses and trying to make sure everyone else was okay,” said AP national investigative journalist Holbrook Mohr, who played Pee Wee football on a team Harrist coached.

They also recall how his mentoring boosted the careers of people who worked for the AP in Jackson.

“The thing I will always remember about him is all the folks who came through the office and went on to bigger and better things,” said longtime AP newsman Jack Elliott Jr.

Andy Harrist said people always wanted to hear about his father’s work, but he will remember him also as a gentle dad and doting grandfather.

“There was a lot more to my dad than how good a writer my dad was,” Andy Harrist said. “He drove a tractor all day on Saturday, he was a woodworker, he hunted a lot. Once he retired, he never missed a ball game. He hardly missed a practice.”

Harrist was inducted into the Mississippi Press Association Hall of Fame in 2000. In addition to Andy Harrist, he is survived by his wife Hendra and son Al.