VIDEO: Mississippi man captures orange fireball streaking across sky; Was it a UFO?

For one Natchez resident, a late-night trip out of his house turned into an otherworldly experience when he spotted a bright orange fireball streak across the sky.

“It scared the heck out of me,” Alex Sandel said Monday morning. “It was bright orange, red and spinning.”

Living near Merit Health Natchez, Sandel said he has stepped outside to watch a helicopter take off from the hospital’s helipad Sunday evening at approximately 10:15 when he was startled by the fireball streaking across the sky.

“I was outside waiting for the helicopter to take off when I saw this thing coming,” Sandel said. “It came from the north and went straight south.”

Sandel said the fireball was traveling at a slow enough speed for him to reach his phone to capture an image of the flying object.

“It wasn’t any faster than a jet,” Sandel said. 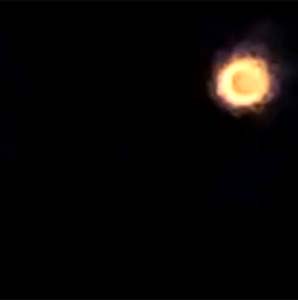 Monday morning Sandel said he did some research online and believes what he saw was part of a meteorite that was streaking across the sky.