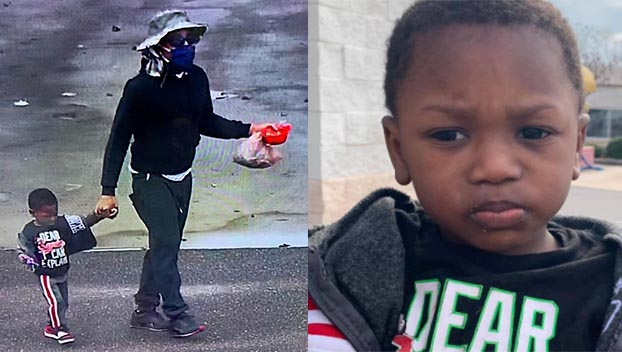 A woman who says she is the mother of the child abandoned at a North Mississippi Goodwill store Monday says the boy was kidnapped by a man who tried to prostitute her.

Antoinette Smith, who claims to be the mother of the child, that she never intended to abandon the child. WREG News in Memphis reported the story from a Facebook Live interview Smith had with Memphis activist Barbara Burress.

The boy was dropped off at the Goodwill on Stateline Road in Southaven Monday morning. Surveillance video shows the boy arriving at the gas station next to the store with two men and a woman. One of the men then walks him to the Goodwill.

Speaking on the phone in the Facebook Live broadcast, Smith said she met up with a man Sunday and they went to Nashville. Smith said her son, Sergio, remained with a woman who claimed to be the man’s sister in Memphis. The woman turned out to be the man’s girlfriend, Smith said.

Smith said the man abandoned her in Nashville after she refused to work for him as a prostitute.

One person was arrested in connection with the case Monday afternoon. Law enforcement agencies aren’t releasing the person’s name.

Officer stabbed with shank made of plastic spoons and…