Troopers find woman stranded on side of road, help put her world back together 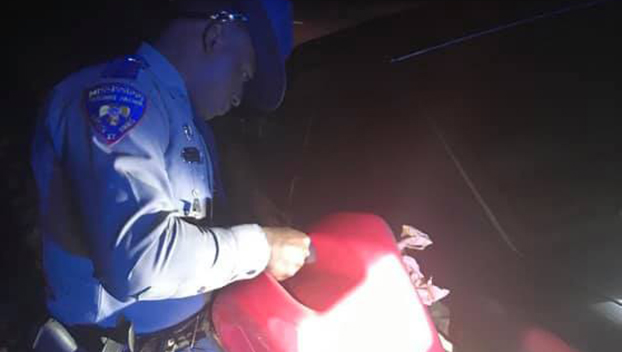 When the world seems mired in chaos, it is good to know there are still some people who are out there working to keep things together instead of tearing things apart.

Two state troopers from the Mississippi Highway Patrol recently came to the aid of a woman whose world was spinning out of control.

Corporal Craig James told WLBT news that fellow state trooper Antoine Guice was on his way home recently when he came across a car on the side of U.S. 84 in Franklin County. Guice found a woman asleep inside the car parked along the side of the road.

Out of gas, the woman who was on her way to Hammond, Louisiana, was lost after leaving Interstate 55.

She did not have a cell phone or money and had no way of getting her car refueled in the middle of the night.

Guice went to his home to get a gas can and with the help of state trooper Wes Jones was able to help the driver back to the interstate and to a gas station where Jones topped off her gas tank for her drive to Louisiana.

This man vanished in Mississippi last month; Have you seen him?

Search under way after construction worker thrown into Mississippi…