‘Whether he was white, black, green, or purple, we really can’t tell.’ Police asking for public’s help in Mississippi bank robbery 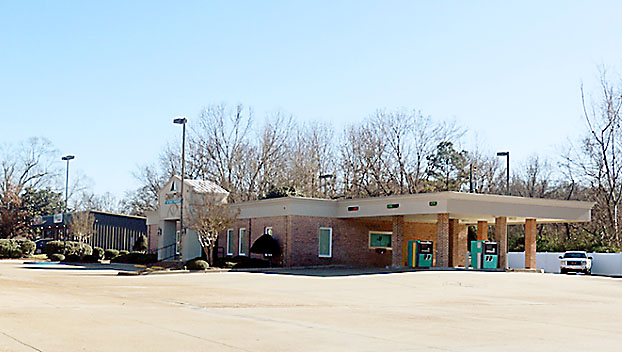 Police have few leads in the investigation of a North Mississippi bank robbery and are asking for the public’s help.

Batesville police chief Kerry Pittman said officers need information from the public to identify the perpetrator, who acted alone and used a handgun to rob Guaranty Bank & Trust on Hwy. 6, next to Domino’s Pizza.

Pittman said closed-circuit television footage recorded the person entering the bank at 9:26 a.m. holding a firearm. Customers and employees were told to lie on the floor and the robber took an undisclosed amount of cash from the tellers.

“We have the pictures from the security cameras and we are almost sure it’s a man, but he was covered from top to bottom and wearing a mask,” Pittman said. “Whether he was white, black, green, or purple, we really can’t tell.”

Pittman said customers and employees were visibly shaken when police arrived after the ordeal, and weren’t able to give investigators much information.

“He was in the bank for one minute and left on foot. No one saw which direction he went and our officers did the best they could with what we knew,” Pittman said. “What we need is information from citizens who know something about what happened. Please call Crimestoppers or the police department with any bit of information.”

Batesville police swept the area, and adjacent neighborhoods, for hours following the crime to no avail.

Pittman said his first concern was the condition of the employees and customers in the bank during the robbery.

“No one was hurt and that’s the most important thing,” Pittman said. “The customers and employees did the right thing by following what he said. Anytime a person has a firearm we advise people to comply and stay calm as possible.”

Anyone with tips for investigators should call BPD at 563-5653 or Crimestoppers at 209-2011. Persons giving information that leads to the arrest and conviction of a wanted person can receive up to $1,000 from Crimestoppers. All calls and tips are kept confidential.