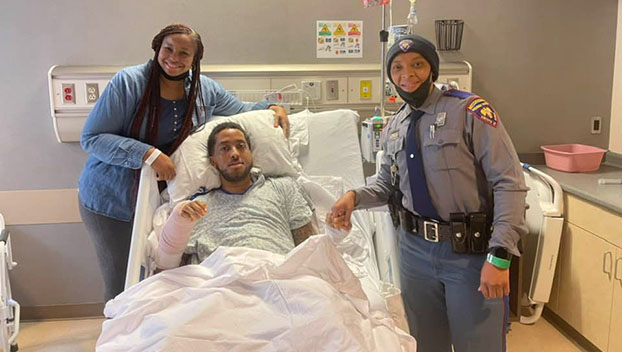 A state trooper from the Mississippi Highway Patrol is being called a guardian angel for watching over a man who was injured in an accident until he was able to get help.

The Mississippi Department of Public Safety — which oversees the Mississippi Highway Patrol — shared a post from the mother of the accident victim on Facebook Thursday.

Kenosha Smith expressed her thanks to Trooper Connie Mayfield who the Smith said came to her son Qwon William’s rescue and “held his head and made sure he stayed awake until help arrived.”

“She saved my Sons Life I’m greatful THANK YOU TROOPER MAYFIELD,” Smith wrote on Facebook. “He is so blessed She made it her business to come check on him.”

The post in which Smith said that Mayfield’s actions are proof that now all law enforcement is not bad had already been liked by hundreds of people across the state and had received many comments of love and support.