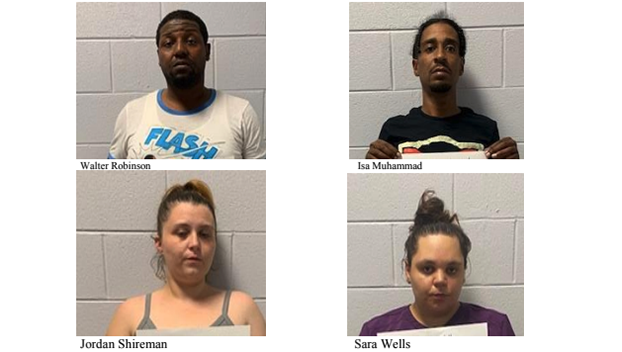 Sara Wells, Walter Robinson, Isa Muhammad, and Jordan Shireman were all arrested and charged with prescription fraud and conspiracy to obtain a controlled substance by fraud.

The driver of the vehicle, Isa Muhammed, is also being charged with felony fleeing, according to the press release.

No bond has been set at this time and more charges are anticipated.